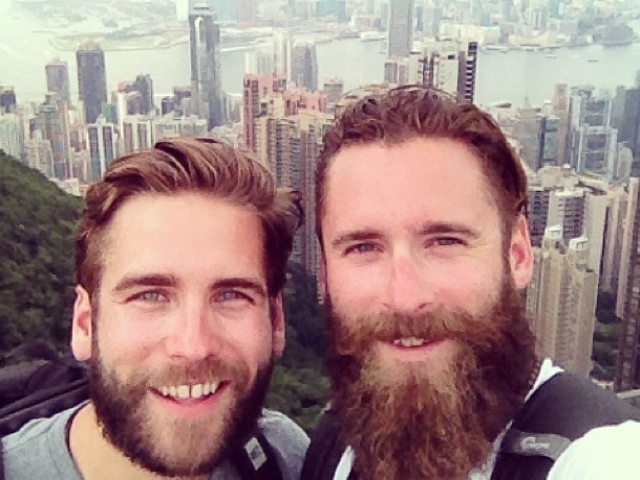 Part one of the bearded adventures of chef Dylan Benoit, the started his journey in Hong Kong, read the rest of his journey. The culinary epicenter of Asia.

Hong Kong; Full of sights, sounds and smells, unfamiliar and exhilarating to someone raised in the West. I had the pleasure of traveling here in 2012 with my friends and business partners Chad and Steve on a research and development trip just before we opened Mizu Asian Bistro + Bar. Chad had lived in Hong Kong for a few years prior to returning to Cayman and knew all the best whole-in-the-wall restaurants, so when my brother Lucas and I got off the plane this time around, I knew exactly where we were headed… Tsim Chai Kee.

Tsim Chai Kee is a small noodle house in central Hong Kong that only sells noodle soup, but the mentality here is “do one thing, and do it so well people will travel from the other side of the world for a bowl of soup”… of course that’s a rough translation, my Cantonese is far from perfect.

We arrive around 3 pm on and Thursday and the small 30 seat restaurant is packed full of locals, not another white person in sight, which is a sure sign its going to be good! On the menu; soup, that’s it. To say the menu is limited would be a gross understatement. In your bowl of broth you have a choice won ton dumplings stuffed to the point of explosion with hand chopped king prawn, minced beef meatballs with herbs and garlic or thinly shaved raw beef that cooks almost instantly in the broth (each CI $2.40/bowl). If you’re the kind of person that has commitment issues, you can have any two toppings (CI $2.90) or all three topping (CI $3.20). Once you have decided your protein future, the most important choice awaits; which noodle to choose? yellow noodle, flat white noodle, or vermicelli noodle? The pressure is quickly mounting, and the elderly Chinese lady waiting for our order is running out of patience. What she lacks in teeth and stature she more than makes up for in wrinkles, and the expression on her face lets me know we are wasting her time. She has a full restaurant and many hungry mouths to feed, but I’ve done this before so im quick with my decision…

“prawn won ton with yellow noodle, and a side of veg with saucy saucy… times 2!” and with that she was off. The only other item on the menu is listed as “vegetable with oyster sauce” (CI $1.40). What this mysterious vegetable was has eluded me since my previous trip so this time I was determined to discover its name.*

Our soup arrives in what seems like 15 seconds flat as I watch the single cook 10 ft in front of our table pumping out bowl after bowl of piping hot tong (Cantonese for soup). He’s slinging noodles from one side of the kitchen to the other, dumping crates of mystery veg into steaming pots of water, portioning prawn packed won tons into small blue and white bowls and finally crowning these plates of perfection with the most delicious broth I have ever tasted.

We spend almost 5 minutes just basking in the aroma, the broth smelled of roasted shrimp with a hint of sweetness. We waited for the soup to cool slightly, when it hits the table the broth has a temperature reading similar to molten lava (as I found out on my last visit). This gives us time to assess the garnish situation. On the table are three accompaniments: soy sauce, chili oil and roasted chili paste. Paying no attention to the first two I go straight for the latter, adding a teaspoon or two to my soup, Lucas adding two or three tablespoons to his.

We cheers our beers in a toast to arriving in Hong Kong and dig in to our lunch. It truly is a masterpiece, its’ beauty in its’ simplicity (a bowl of noodles with broth) but its’ deliciousness in its’ complexity. The perfect texture of fresh, never dried or frozen noodles, a hint of sesame mixed with the bursting flavor of prawn, exploding from the won tons, and the salty sweetness of the oyster sauce mixed with the mystery vegetable.)

We don’t speak for several minutes, completely focused on the task at hand, slurping noodle after noodle, adjusting the spice and scooping in spoonful after spoonful of vegetable from the side plate. We eventually look up at each other, as we both wipe the sweat off our brow, and burst into laughter. We were completely lost in time. Nothing else mattered except this bowl of noodles, in this restaurant, at this moment. A truly great meal has the power to excite, overtake and even transform you, a smell the power to transport you back to a place or time from the past. I thought of my friends Chad and Steve, my dining partners the last time I sat at one of these tables; then I thought of Lucas, and how I knew this simple bowl of soup had captured him the same way it grabbed me when I was first brought here two years before.

We take a break momentarily as the burning sensation in our mouths subsides and I have another sip of beer. Little did we know this was to be the first of many epic dining experiences in South East Asia on a trip that would span 4 weeks, 5 countries, and countless meals. We finish our bowls, pay our tab, grab our bags and hit the street. Its now 3:30 and dinner is only 3 hours away, we have a lot of walking to do if we are going to make room for a dim sum feast tonight.

* on our walk after lunch we came across a street market, a very common thing in Hong Kong, and managed to find the mystery vegetable for sale at a nearby stand. After several minutes of exadurated hand gestures we managed to decipher that this elusive vegetable, this ghost of greenery, was known in Cantonese as “ong choy”, or more commonly in English, morning glory or water spinach. All I know is its delicious when blanched in heavily salted water and covered in oyster sauce! 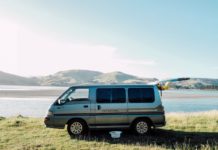 Tips to Safely Travel Around the World With Your Van 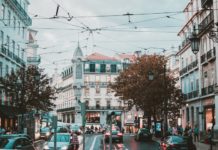 Tips and Advice for a Portuguese Road Trip 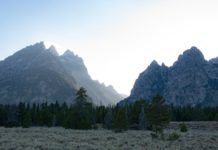 3 Beautiful Mountains To Visit On A Budget In The US 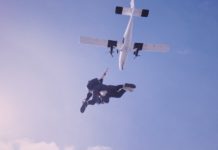 Top Locations in 2020 for Thrill Seekers 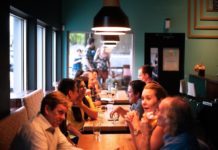 5 Must Try Dining Experience for Foodies 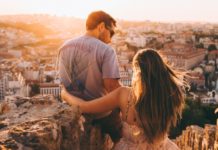