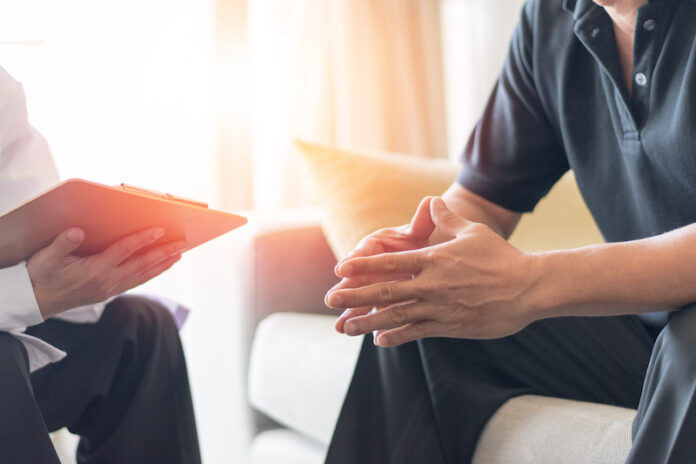 Regardless of age and gender, it’s always a big concern when the genitals look or feel out of the ordinary – may it be a change in texture, discoloration, or any abnormal growth. With the advancement of modern medicine, it’s a great relief that such conditions can now be addressed.

The importance of a healthy genital is often overlooked. Women often consult an obstetrics/gynecologist (OB/GYN) doctor for a routine assessment and pre-natal or post-natal check-up. Whereas men seldom have their penises checked until a condition gets worse and cause pain or discomfort.

Nowadays, PPP kits are available in the market to help men get rid of these unwanted penile bumps. A non-surgical and pain-free procedure that you can perform in the comforts of your home.

Pearly penile papules are also called Hirustoid papillomas. They’re characterized as tiny pink-white bump-like growth located in the corona or sulcus of the glans penis. They may grow as a clump around the penis’ head, resembling small pimples without pus.

Other medical terms for PPP are corona capilliti, papillar in the corona glandis, hirsutis papillary corona of the penis, pink pearly papules, and Tyson glands.

The diameter can range from 1 to 4 millimeters and the color may differ in hues. 14 to 43 percent of the male population are estimated to be affected. However, it’s commonly seen and developed during the post-puberty stage, among uncircumcised males, and black people.

There’s still no known and specific cause of PPP. Thus, it can be called an idiopathic anatomical condition. It’s considered a normal accessory part formed during the embryonic stage in the womb.

Studies claim that these papules aren’t contagious, not an indication of poor hygiene, adverse effects, or inflammation. Also, it’s not a sign of STD, HIV, and other infectious diseases.

There are also no preventive measures to avoid acquiring PPP. Because it’s commonly seen in uncircumcised males, you may opt to get it done. However, there’s no full guarantee that it can be prevented.

PPPs are typically asymptomatic growths. They can normally grow around the penis without causing any pain, itchiness, swelling, or discomfort.

Penile conditions such as Fordyce spots, molluscum contagiousum, and genital warts may also resemble. However, these are signs and symptoms of STDs or other contagious diseases. You may seek immediate medical consultation from a physician to ensure your health and safety.

PPPs are asymptomatic, benign, and non-contagious anatomical growth around your penis. They don’t pose any risk or threat to your health. However, they can lead to mental problems such as anxiety and depression, leading to reduced self-esteem and confidence in activities such as intercourse.

Some males also feel doubt and fear about the presence of PPP. You may consult your primary physician or urologist, a doctor who specializes in male reproductive organs. Proper assessment and diagnosis are vital in looking for the appropriate treatment.

With the advancement in science and technology, there are now many available medical procedures to get rid of PPP. Here are the following:

PPP kit is a painless, non-surgical, and self-performed procedure. The kit consists of an electrical ionizer that vaporizes the papules. Detailed instructions are provided to guide you every step of the way. You may also seek medical advice from your urologist or dermatologist to ensure your safety.

Cryosurgery uses a calculated cold temperature to effectively freeze and get rid of PPP. Due to the cold, you’ll experience numbness around your penis, making it painless and easier to remove.

Radiosurgery utilizes special beams of radiation to treat the papules and their surrounding areas. This procedure is also often preferred due to its non-surgical procedure. It effectively treats tumors, cancers, and other skin conditions.

PPPs are just accessory body growths around the head of the penis. They may look like an abnormal cluster of tiny pimples; however, they don’t pose any health risk or threat. You may not even know you have PPP unless they grow more than 1 mm.

There are no perceived symptoms, making it pain-free and harmless. However, when they become bothersome, make you feel anxious, and lower your self-esteem and confidence, you may choose from today’s medical procedures.

If you feel any pain, swelling, or discomfort, seek immediate medical attention for a thorough assessment and medical analysis.