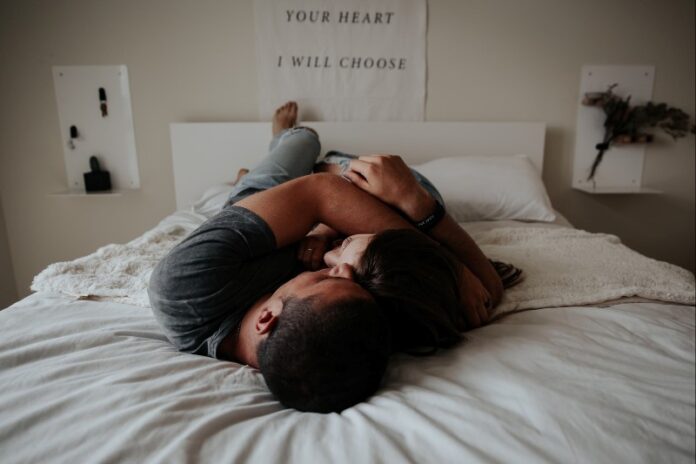 It is estimated that 30 million men in the United States experience erectile dysfunction. Meaning they cannot get or maintain an erection. The majority of men experience the problem at some time in their lives. And the causes can be psychological or physical. Another sexual problem that men commonly experience is premature ejaculation, which can lead to anxiety and stress about sexual performance. However, premature ejaculation is only really a problem if it bothers the man’s partner, even if many men don’t see it like that. Men can also experience a loss of sex drive. Which can be caused by things like stress, anxiety, and medical conditions.

Many Men Think Talking About Sexual Problems Decreases Their Masculinity

For many men, problems like erectile dysfunction are central to their feeling of masculinity. They don’t want to admit that anything is wrong. For many men, admitting that they have problems like premature ejaculation or getting and keeping an erection is the same as them admitting that they are not masculine. Not to mention the fact that sexual problems are incredibly embarrassing to talk about.

However, any problem, whether sexual in nature or not, has to be addressed before it can be solved. And with so many options available to help men with issues like erectile dysfunction, it obviously makes more sense for men to be open about their problems. So that they can pursue a course to get back on track in the bedroom. For instance, at Manual.co, there are medications like Viagra and Cialis that help eight out of ten men get an erection. Meaning men can get treatment like Acoustic Wave Therapy without letting the world know about their problems.

Many men’s natural instincts are to go into their shells over personal problems, sexual or otherwise. But it is not only men’s natures that can cause them not to want to talk about their sexual issues. It is also to do with their cultural and social ideas about being open about problems.

Men have social pressures all the time, such as emotions being seen as a side of weakness. In many male groups, there is, unfortunately, a low-tolerance for the emotional man. And because many men have grown up believing that emotions are a sign of weakness, it is ingrained in them not to talk emotionally about sexual problems.

Men Sometimes Have No One to Talk to

Generally, women find it much easier to talk to their friends than men. Indeed, according to a 2018 study by the Movemeber Foundation, 47% of men surveyed said they felt unable to confide in friends about problems. While 27% said they did not even have any close friends to confide in.

So, talking openly about sexual problems is no different to talking about other personal issues for many men. They simply refuse to open up. But that doesn’t mean many men don’t want to talk about their problems, deep down. Ideally, men should be talking about their problems with their partners. That enables both people in the relationship to address the sexual problems at play. And then pursue a path to fix the problems.