The Power Of Superfoods 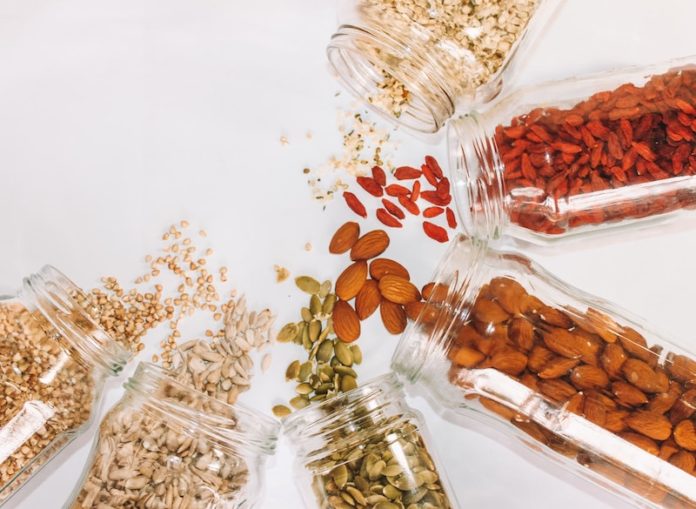 You’ve heard about them. You’ve bought them, tried them, spat them out and abandoned the container to the back of the cupboard. But what actually is a superfood? Nobody knows. Well, nobody agrees.

A lot of food retailers like to tell us that certain foods will keep us in the spring of youth, make us smarter, remove our depression [continue indefinitely], but the EU has handily banned health claims on packaging unless it’s actually backed up with scientific evidence. So the jury’s out on what technically differentiates superfoods and regular foods.

It is agreed, as far as I can tell, that you probably won’t live forever by living on goji berry-infused kale, but that eating goji berries and/or kale is a better life choice than eating four Mars bars. And you don’t need to spend forty minutes feeling awkward in Whole Foods for not knowing how to pronounce ‘quinoa’, cuz that’s what we’re here for.

Let’s start with the most important superfood fact: actual cocoa is good for you. Look, the NHS agrees. Cocoa contains antioxidants, iron, magnesium and zinc and it’s possible that it can help alleviate stress and prevent cancer.

That being said, the amount of sugar in regular chocolate bars will probably cancel out a lot of the benefits with, like, heart disease. I personally advocate stocking up on fancy high percentage cocoa chocolate because it’s fancier and you’re worth it.

I heard that goji berries are as nutritional as strawberries. I don’t have scientific evidence to back this up (I think my mum saw it on a TV show) but rather than assuming the goji berry retailers have been lying to us, let’s assume that all fruits are highly nutritious.

Which we already knew from the last several thousand years of telling children they should eat an apple a day, so I guess the good news is that you spent your primary school years digesting superfoods during break.

Enjoyed by the Inca people, quinoa is the least allergenic of all grains, has twice the protein of barley or rice and contains calcium, vitamins and magnesium. It’s also got omega 3 and is high in fibre so, basically, it rules the carb universe. (And in case you’ve been under a rock for the last few years, it’s ‘keen-wa’). If you are looking to grow quinoa yourself here is a great guide, to help you get started!

Salmon! Mackerel! Sardines! Vitamin D! Omega-3! If it’s not slathered in batter and served with a kilo of salt, go eat fish on a regular basis. It’s generally thought that oily fish can reduce fat build-up in the arteries and lower blood pressure, so dust off your Kamikoto fish knife and download some BBC Good Food recipes before they’re taken offline.

‘Yay kale!’ say the foodies on Instagram. Yay all green veggies!’ say the health dudes. Broccoli alone contains vitamins C, A and K as well as fibre and antioxidants, and other leafy greens like cauliflower, cabbage and bok choy are full of the same compounds, so you have basically been eating superfoods at your mum’s Sunday lunch your entire life.

And on that note, I’m going to eat.