With more than 10,000 Londoners airing their despair about a lack of decent sleep on Twitter every month, eve Sleep, the British startup transforming the tired mattress industry has launched today, The Nap Station, helping Londoners catch up on their missing time between the sheets.

Based in The Old Truman Brewery from Thursday 16 June to Sunday 10 July 2016, The Nap Station is billed as the comfiest co-working space in London thanks to its bespoke design that incorporates eve Sleep’ s range of luxe bedding. From power nap pods and communal workstations, including the option to work from bed, to free WiFi and charging points, artisan coffee from Black Box coffee that is free for an afternoon pick-me-up between 3pm and 4pm, and a series of weekly talks; The Nap Station is on hand to give sleepy Londoners a much needed boost. 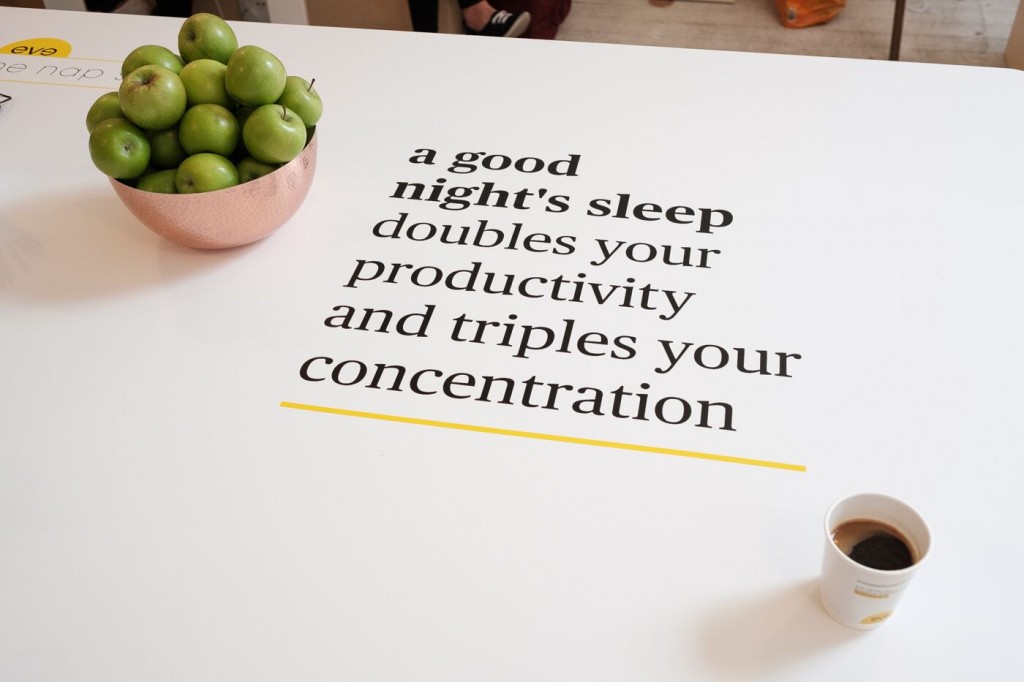 The opening of The Nap Station follows a social insights survey, conducted by eve Sleep, which found that Londoners have sent almost 60,000 tweets complaining about a bad night’ s sleep since January 2016. Women are the worst affected with 62% of tweets coming from women in London who struggle to switch off from daily life when their head hits the pillow. The study has also uncovered that the majority of those behind the tweets are aged 35 and over who usually turn to their devices at 3am to vent their despair.

With staff productivity playing a key role in commercial success, businesses are looking for ways to boost employee productivity, which according to the Office of National Statistics fell by 1.2% per hour in the final quarter of 2015. The link between short daytime nap breaks and better job performance, memory and problem solving has a growing body of scientific evidence, and is a behaviour already endorsed by a number of global giants including Apple, Nike and Google.