Yes, We Love Gaming and Here’s Why – Male Perspective 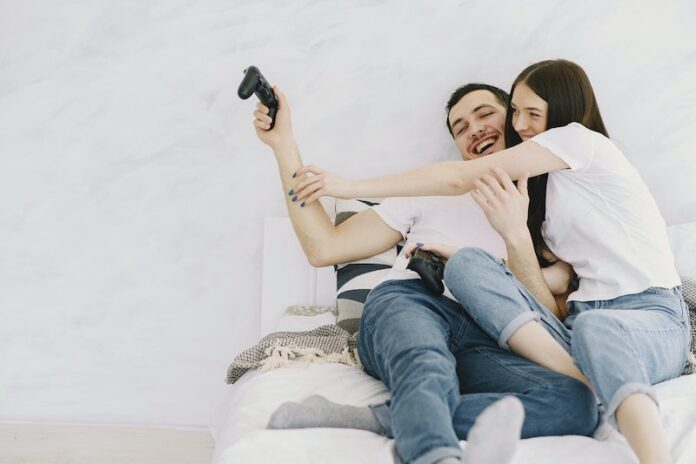 Ever since their inception, video games have been closely tied to male-dominated subcultures. We certainly did see many changes in this regard in recent years. Since women are becoming more and more involved with the gaming community but closer connections many men have with the gamer mentality is still quite evident. Why exactly is that? It seems there is more than one reason.

Why Do Men Enjoy Gaming So Much?

In 2018. Andrew Yang published an article in which he tried to find the answer to just this question. The article was especially interesting because it included his personal gaming history. As well as an analysis of newer social trends.

Yang showed much empathy for young men attracted to gaming, even if their behavior sometimes has an anti-social component. According to him, games are fun and communal, and can almost simulate jobs:

“They speak to a primal set of basic impulses—to world-creating, skill-building, achievement, violence, leadership, teamwork, speed, efficiency, status, decision-making, and accomplishment. They fall into a whole suite of things that appeal to young men in particular—to me, the list would go something like gaming, the stock market, fantasy sports, gambling, basketball, science fiction/geek movies, and cryptocurrencies, most of which involve a blend of numbers and optimization. It’s a need for mastery, progress, competition, and risk.”

Ten years earlier a Stanford study showed that this connection that men have to video games has an ever deeper reason. A special video game was designed for this study. One in which the objective was to gain more and more territory.

During this study, 11 men and 11 women played the game while being hooked up to a functional magnetic resonance imaging, or fMRI machine. The results showed that the male brains showed much greater activation correlated with how much territory they gained. The researchers concluded that successfully acquiring territory in a computer game format is more rewarding for men than for women.

To this, we can add that in the digital age video games perform the function of a “man cave”. This is a new form of hanging out. And for many, the social connection is more important than the game itself. It builds a sense of comradery that comes with being with those of your gender.

Video Games We Gladly Indulge in

It can be as simple as car races or it can stretch as far as new Fallout or Cyberpunk 2077. But this is the list of our top picks for the time being:

Cyberpunk 2077 is an action role-playing video game developed and published by CD Projekt. The story takes place in an American mega-city called Night City. This is an open world set in the Cyberpunk universe. You assume the first-person perspective of a mercenary known as V. Who can acquire skills in hacking and machinery with options for melee and ranged combat.

Night City sees conflict from rampant gang wars and its ruling entities contending for dominance. Mercenaries, acquiring skills, combat, and the struggle for dominance… Although the game faced problems upon release, it is quite clear how much this resonates with all that we wrote in the first part of the article.

As Andrew Yang noted, gambling is one of the things that appeal to young men in particular. And speak to a primal set of basic impulses that they have. So, it is only natural that many casino games are so popular among men.

They provide a fair share of excitement and competition to a player. On the internet, due to great competitiveness, men mostly indulge in online poker but you will very often see them playing games that require fewer skills and more luck due to a lot of excitement, like Roulette or online pokies. Poker is a great way for a man to spend Friday nights bonding with his buddies, as well as a great way to learn a thing or two.

We continue with the theme of trying to conquer a place for yourself in a dystopian world. You will start the game as a tribesman with nothing more than a loincloth and a spear. Gradually you will fight your way up to a power-armored, gauss-gunning killing machine. This gives you a fantastic and surprisingly natural feeling of progression that we already discussed.

You can also explore a vast and open post-apocalyptic world full of dangers such as deadly raiders, super mutants, and deathclaws. Thanks to attention to detail, atmospheric music, well-written quests, and voice-acted interactions with key characters, the world feels personal and alive.

Another action role-playing video game by CD Projekt, and the big winner of the Golden Joysticks 2015 video game award. You are Geralt of Rivia, a monster slayer AKA the Witcher and you search for your adopted daughter who is on the run from the otherworldly Wild Hunt. You will battle many dangers on your mission, with weapons and magic, and complete many quests to acquire experience and gold. Dangerous quests, fighting an otherworldly enemy, rescuing a girl, becoming more skilled with weapons… Do we need to explain more?

In this article, we went through a few reasons why we think young men have such a special bond with gaming. It seems that gaming is a modern way to connect to those ancient needs and aspirations. However, since more and more women are also becoming involved in the gaming community, in different capacities, we are happy to share this affinity with our better halves.