What Your Beard Says About You In Your Online Dating Profile 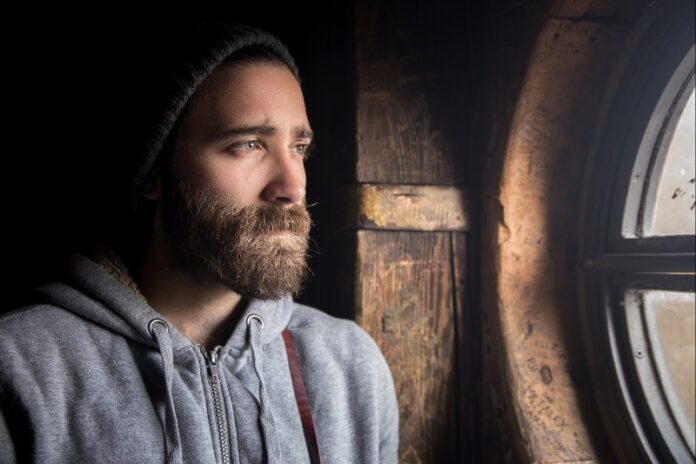 At its core, online dating is very superficial. Even if we aren’t in our regular lives, even the best dating apps and websites force us to decide based on appearance. Let’s face it, nobody is swiping on Tinder based on personality and sense of humor. This comes somewhere between matching and going on that first date. But are you even making it that far?

If not, it might be because of how you’re coming across in your profile. The photos you use, the image you’re presenting and your personal style. That’s not to say you have to change your style but you should certainly be aware of what it says about you. With that in mind, let’s take a look at what your facial hair says about you in your dating profile. Before we go any further, these are generalizations and opinions will vary from person to person.

If you’re looking for a totally safe option for all contexts, everyone can agree that shaving your face and neck is okay. For many of us, this is what we grew up to view as “clean” and “professional.” At least, this was before the recent resurgence of beards and tattoos. Now, it’s heading toward being the least common amongst younger generations. Unsurprisingly, it was found to be the most common amongst authors, editors and journalists with 80% of them opting to be clean shaven. I guess that puts me in the remaining 20%! Apparently, “63% of men with the highest IQs choose to go clean-shaven”. If this is your chosen style, it seems you’re in good company at least.

As for what it says about you, expect to be grouped with these types: clean-cut, mild-mannered professionals. Clean shaven is a safe choice regardless of whether you’re looking for college girls on Tinder or out on the prowl for cougars on some of the sites specifically for that like these solid options.

It should come as no surprise that women prefer men with facial hair. The most popular style right now, the emphasis is on “groomed.” So long as you keep it looking clean and intentional, most women will think it’s a matter of “style” and “good grooming.” Combine that with a fresh haircut and well-fitted clothing and you’re already killing it!

Looking at the data from Prim and Prep’s study, the stubble look also turned out to be the most popular amongst women. Of the respondents, 80% ranked it in their top 3.

Generally thought of as a dated style of facial hair, there are only certain types of guys that can pull this off. If your dating profile features photos of you rocking this look, it suggests you’re a little cocky and don’t take yourself too seriously. Facial hair is a personal style choice and there’s no right or wrong, just know that it gets a hard “no” from some women.

If you’re thinking about going for that style though, Fashionbeans has a breakdown of the different types.

Like the mustache, it takes a certain type of guy to pull this look off successfully. It definitely gives off a more masculine, blue collar appearance, but that absolutely works for some women. For others, it can be another hard “no” as it can also be viewed as “dirty” or suggest you don’t take care of yourself.

If you decide to go with this style, just make sure you keep it clean!

If you have a bit of a beard going on but don’t take the time to shape it, you probably fall into this category. Looking at the Internet’s opinion, what it says about you is kind of scathing: “a man who is socially inept and physically unappealing, especially one who has an obsessive interest in computing.” – Oxford Languages.

From my experience, Urban Dictionary really nails the general opinion on this look: “Talkative, self-important nerdy men (usually age 30 and up) who, through an inability to properly decode social cues, mistake others’ strained tolerance of their blather for evidence of their own charm”

If you’re rocking a neckbeard, I’d suggest taking care of it asap and getting some fresh photos on your profile. It’s not a good look for anyone.

This is a broad category but we all know the general style I’m referring to here. Whether it’s a long beard with the curled handlebar mustache or some other kind of funky style, it’s totally a thing. Personally, I’m all for experimenting and expressing yourself however you see fit. This title isn’t about shaming, it’s just another category.

As for what it says about you in a profile, “alternative” and “counter-culture” come to mind. She’ll probably expect you to be a plant-based, environmentally conscious kind of guy with oddly impressive juggling skills.

Hey, there are worse expectations to put out there, right?

Last but not least, we have the beard style that’s been trimmed to an almost obsessive degree. As in. . . there had to have been another set of hands, a guide and maybe even a ruler involved. More often than not, this appearance suggests a degree of narcissism. The type of person most likely to send a dick pic accompanied only by the words “you’re welcome.”

Don’t get me wrong, a well groomed beard is very important. When we cross over from “style” to “obsession,” though, it can be a bit much.

All in all, if you’re debating whether or not you should give facial hair a try, the answer is yes. It’s popular amongst most women and there’s probably a style out there that suits you well. If you’re into online dating right now too, just be aware of the image it might project for you as a first impression. I’m all for expressing yourself however you see fit, just remember some styles will garner more approval than others. Oh, and keep it clean and well maintained!