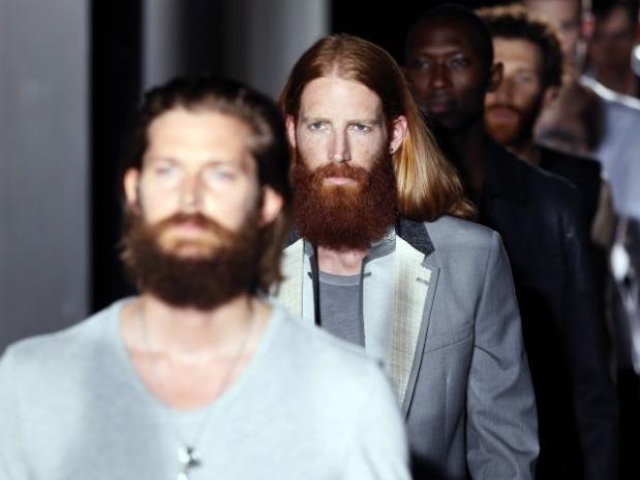 If your new year’s resolution was to revamp your wardrobe and this is now hanging by a thread,  we have compiled some of 2016’s fashion trends to guide you…

CONVERSE HAVE REDESIGNED THEIR CHUCKS FOR THE FIRST TIME IN 99 YEARS. THIS IS NOT A DRILL. In 2015 Converse announced that they would be updating the classic All Star design using new technology, to make the shoes lighter and more comfortable. The Chuck Taylor II technically hit shelves last summer, but since they look pretty much identical to the originals, you’d be forgiven for having not noticed (that being said, the new ones are more expensive).

I’m not convinced that Converse aren’t like the Ritz, rum and Coke and the original Tumblr layout: best left alone to revel in their classicism and beauty… even if they do boast very few actual sporting characteristics (basketball players stopped wearing them in the sixties in favour of shoes that, like, bend with the foot). That being said, everyone needs more pairs of Converse.

Not artisan chinos. Clothes inspired by China! This year you will have no excuse not to dig out your beautiful silk pyjamas on sleepovers. (Bow tie optional.)

Now you too can look like you’re from this mysterious, politically-contentious island!

I’m not sure if the catwalks are a response to the recent USA-Cuban diplomatic thaw out, but it’s fair to guess that a lot more holidaymakers will be heading to Havana in the next few years. Maybe the fashion world is reacting to politics in a creative – and lucrative – way? Maybe the shirt collar is one of the few clothing items that hasn’t been updated recently? Maybe designers fancied a bit of summer sun when they were sketching?

The real question is, can your beard reach your knees before your shorts do?

I’m not sure this is really a trend, but maybe I just hang out with people who are way ahead of the curve… all shorts should be short shorts amirite.

You too are thinking of those jokes.

In recent years men have utilized various traditionally feminine styles, including pastel hair dye, buns, earrings and the handbag, so it makes sense for the next totally-masculine trend to be: LACY SHIRTS. Iron carefully, keep away from hook-and-eyes and put on a gentle wash. Be aware of tan lines.

Pantone have released two colours of the year for 2016: Rose Quartz and Serenity. Both make excellent accent colours when redecorating, although I personally think they can be tricky colours to pull off clothing-wise. Acessorise with a smart neckerchief or tie, tint your hair or beard or paint your nails to stay on-trend without risking a pastel overload. They’ll boost your tranquility and duality or something.

I’m not sure I understand what this one actually means in terms of clothes – maybe it’s going to become taboo to hit the gym in your oldest t-shirt? I always feel it’s backwards to spend hundreds of pounds on lycra-infused shorts that’ll be drenched in sweat within half an hour of a workout, but there is a lot to be said for wearing gym clothes that get you excited to actually visit the gym instead of just hanging out on the sofa (why do they make tracksuits so comfortable if they want us to move about in them?). With the Rio Olympics edging closer I think we can expect to see gentlemen looking very nice as they jog round the park after watching a couple of events.

Or we could just get the t-shirt.