The Top 5 Beards Ever In Professional Sports 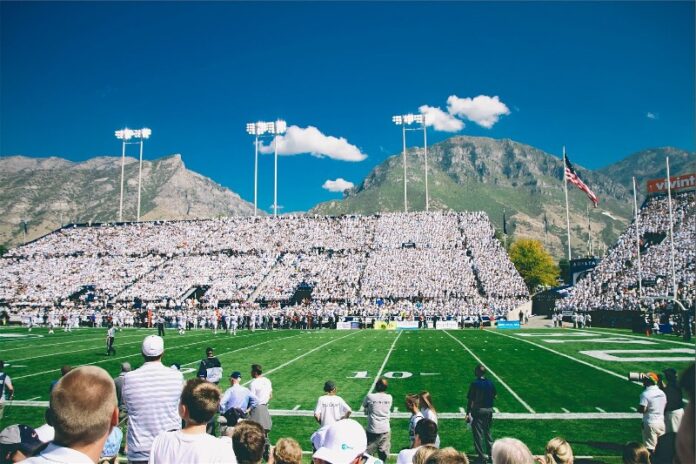 It may be long, short, or scruffy, but who doesn’t love an athlete with a great beard. Many athletes today don’t like to grow out their facial hair, while others take their chances. Sometimes these beards can look like a hot mess, but others can grow out one epic masterpiece. It doesn’t matter what sport they play, these epic beards are some of the best in the industry.

The Patriots weren’t only one of the top bets on William Hill Sportsbook each year. In addition, the team featured one of the best beards of all time. Mankins is a retired guard that spent the bulk of his NFL career with the New England Patriots. He was a seven-time Pro Bowl selection, five-time Second-Team All-Pro, and was a member of the NFL 2010s All-Decade Team. He is also a member of both of the 2000s and 2010s Patriots All-Decade teams. While also a great football player, he was a beard stylist. He would make it go from scruffy to bush to once looking like a lumberjack. Once he saved his beard and kept one of the most amazing looking moustaches.

Wilson is a former standout relief pitcher for the San Francisco Giants. He was a three-time All Star, the National League saves leader in 2010, and helped the Giants win a World Series. He resides on the Giants Wall of Fame. While his fastball was almost unhittable at times, Wilson grew a beard that looked like it should have been drawn in sports movies on Netflix. The beard nearly sank down to his chest, but what makes his beard more impressive is how he maintained it. His beard was so great that Giants fans chanted “fear the beard” when he came into the ninth inning to close out games.

Keisel spent his entire 12-year career with the Pittsburgh Steelers before retiring in 2014. He was a Pro Bowl defensive end in 2010 and helped the Steelers win two Super Bowl titles. He finished his career with 30.0 sacks and 408 tackles. His beard was synonymous with lumberjack. It was “large and in charge” and it took up most of Keisel’s face. From last decade to this one, his beard lives on.

Werth is a former All-Star outfielder and a World Series champion from his time with the Philadelphia Phillies. He is a member of the Washington Nationals Ring of Honor, but his greatest accomplishment has to be his beard. If you were a fan of the Nationals, you were somebody that wore a fake beard while cheering on Werth. The beard was full and was always kept up. Overall, it was just a great looking beard.

The Houston Rockets shooting guard remains in the league and is still in the middle of his prime. The eight-time NBA All-Star is a the three-time reigning NBA scoring champion and a six-time First-Team All-NBA selection. While Wilson might have began the “fear the beard” chant in 2010, Harden owns that slogan to this day. His long, thick beard is a symbol for the Houston Rockets and across the landscape of those who follow the NBA. For similar reasons, it’s impressive how Harden maintains its look, but from a symbolism standpoint, his beard has a lot more recognition.