We love finding great videos on YouTube and trawling the internet for anything beard related. One of our writers came across this Buzzfeed video which featured some of their male staff (those who can’t grow a beard), getting  a realistic beard for a week.

Unfortunately some of us aren’t lucky enough to grow a beard so these unlucky men had the chance to see what they would look like with one. They hired a make up artist to glue fake (real hair) realistic beards and moustaches on and the results where mixed to say the least. Some of them fully embraced their new facial hair and became upset that they weren’t able to grow one naturally, the funniest comment had to be from one of the guys girlfriends who said – ‘You look like my dad!’, not something any man wants to hear from their other half.

If you could get a fake beard would you go through with it? Did you know that you can get Facial hair transplantation, it’s procedure which restores hair to areas where facial hair growth is thin or missing. While this procedure is most commonly performed on the goatee and mustache areas, it can also be performed on beards, sideburns and cheeks so there is hope yet!

Make sure you share the article with those unlucky beardless guys and think about this as an idea for their next birthday or christmas present, might just change their life. 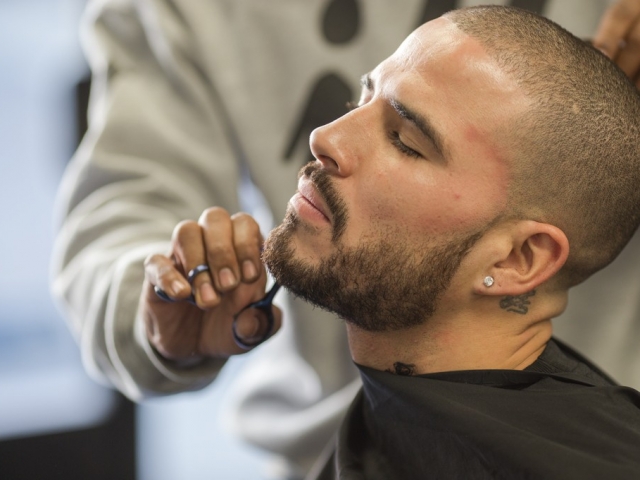 How To Trim A Beard