Beard Psychology: What Kind of Message Your Beard Sends 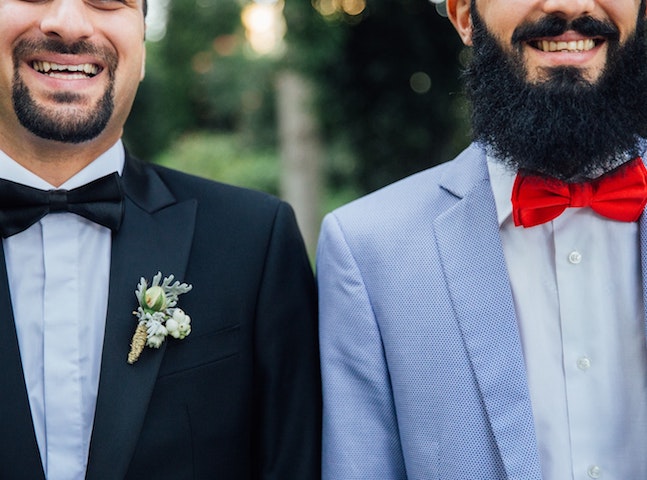 From the infamous bearded lady to the iconic beard which accompanies just about everyone’s idea of a lumberjack – nothing demonstrates masculinity quite like a thick, grizzly beard. While some men choose to go for a clean shave, others choose to let all their facial hair hang loose. Recently, I came across one of the latest beard trends – beard jewelry – and that just sealed the deal that beards are, and will continue to be, all the rage.

But, forget all the beard accessories and fads surrounding facial hair, have you ever wondered what kind of message just having a beard sends about you? From being a sign that you are good with kids to demonstrating your level of aggressiveness, beard psychology just might have more of an impact on how your peers view you than you thought…

So, just what is it that your furry fashion statement says about you? Well, let’s see what psychology says:

It Shows a Message of Support

Have you ever found yourself wanting to get involved in a creative way? Well, the solution to your problem might just be hanging out on your face…Believe it or not, some men actually grow a beard in honor of something – to show support and raise awareness. Kind of like “no shave November” for girls, even though they aren’t raising money for anything, it is done as part of a group mentality or a movement.

Well, there is actually a movement called Beards for Autism where a group of men are dedicated to growing out their beards and facial hair in an effort to support finding a cure for autism. Check it out – your beloved facial hair could actually be used as a sign of support for a specific movement.

It Increases your Age and Social Status

Do you remember in high school and college when there was always that one friend who could get away with using a fake identification card? Well, he probably had a lush beard, didn’t he?

A study, done by Dixson and Vasey (2012), found that European women from Samoan Polynesians and New Zealand reported that men with beards looked older and of a higher social status. In fact, other research shows that a beard can even make a man look up to ten years older. So, depending on how old you actually want to look, you might be one of those men reaching for your razor.

As far as the higher social status goes, a well-trimmed beard is often seen in men of a higher up position. They have special razors, expensive shave cream, and practice proper hygiene techniques – taking great pride in their beard. So, people often associate a beard with a higher social status just based on what they have seen for themselves. But, don’t be mistaken – a poorly kept beard could easily take a turn for the worst and decrease your social status.

It Shows your Parenting Skills

Few things are more attractive to most women than a man with a baby on his hip. So, how else can you scream “I’m a good man”? Well, according to the same Dixson and Vasey (2012) study, just throw a beard into the equation. Because beards point to signs of sure masculinity, it seems kind of odd that they also somehow convey that you are good with babies…

But, when you combine the fact that women think a man with a beard looks older and of a higher social class, then throw in that he is carrying around a baby – apparently, you have all the ingredients for a good parent.

So, whether you are trying to raise awareness about a specific cause or pick up your new baby momma, it looks like a lush beard could play in your favor. But, of course, don’t forget to practice good hygiene and beard trimming techniques…

ABOUT US
Advertise your brand or clients brand on TheBeardMag. We have a list of paid editorials, paid features, paid links and paid advertising boxes on our online beard magazine. Get in touch to discuss sponsorship options.
FOLLOW US
Copyright © 2020 TheBeardMag. All Rights Reserved.