Biker Basics: Universal Road Rules That All Motorcyclists Must Follow 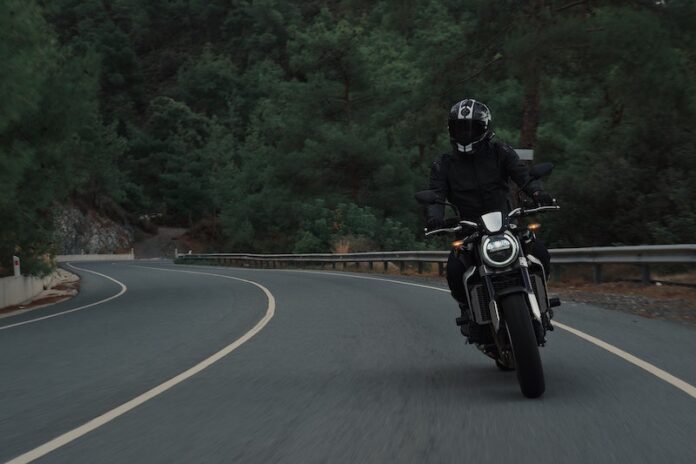 Exploring the world on a motorbike is an excellent way to get up close and personal with all the sights and sounds of a country. Without the confines of a traditional four-wheeled vehicle, you’ll be able to immerse yourself in your new environment and experience the vibrant local culture with minimal boundaries, ensuring that you can play an active role in your own adventure. With all this in mind, however, it is important to understand the road rules of your host nation whenever you find yourself crossing an international border.

Road rules can change from country to country – in fact it is not even a requirement to wear motorcycle helmets in some parts of the world (although you definitely should wear one anyway for obvious safety reasons). In fact, road rules may also change from region to region within the same sovereign state! For instance, if you are travelling through the United States on a motorcycle, the road rules can actually change quite drastically from state to state. So educating yourself before setting off on the highway is absolutely essential.

The Rules You Need to Follow For Insurance Cover

When you leave your home country to embark on an international adventure, you will likely take out an insurance policy with a local motorcycle insurance broker. They will have certain rules or stipulations in place that are attached to your insurance policy, and disobeying these rules can render your insurance coverage void, meaning that you may find not being covered if you are in an accident caused by specific circumstances. For example, you will need to wear a motorcycle helmet and all other protective gear no matter what the laws are in the country you are visiting. A failure to do so may result in you not being covered for any injuries or damages caused by the accident on the grounds that the accident was directly caused by your negligence.

You must also have a valid driver’s licence both in Australia and the country you are riding in. In many cases there will be restrictions on the power of the motorbike (or moped or scooter) that you are allowed to ride as well.

You Should Always Indicate When Turning

Despite the fact that a lot of countries have their own quirks when it comes to their road rules, it is highly unlikely that you will come across a region or country where turning signals are not mandated road rules, whether by the country itself or even through your insurance agency. Many insurance providers can unequivocally agree that indicators are essential for safety. If you do not indicate that you are turning, other motorists won’t be able to adequately judge your movements on the road. In short, failing to indicate when travelling on foreign roadways is essentially a recipe for disaster.

This applies for all signals and lights on your motorbike. They have been installed for a reason and you should always assume that the road rules in the country you are visiting require you to use them.

Unfortunately, as simple as flicking on your indicator can be, there has been extensive media coverage surrounding a striking lack of indicator usage across the globe, including a 2012 Society of Automotive Engineers report that reflected that almost half of all motorists on the roads at that time weren’t indicating regularly. Not only is a failure to indicate dangerous for both you and other motorists, it is likely to be illegal and there could potentially be heavy penalties for riders that are caught failing to follow this basic road rule when travelling abroad.

Give Way To Pedestrians

This should always be a given. Even if a pedestrian does the wrong thing, yield to them or there could be catastrophic consequences. Most countries in the world have this law in place, but even if you are in a country that doesn’t, no good can come from ignoring this rule.

Even if the pedestrian is moving slowly and you think you can sneak by, getting round a pedestrian that’s in your way is simply not a risk that’s worth taking. Furthermore, it’s been noted on multiple occasions that around half of the annual road deaths globally involve the most vulnerable road users, these being pedestrians, motorbike riders and cyclists. Don’t become another statistic.

It doesn’t matter if the sign says halt, fermare, or orостанавливаться (that is Russian for ‘stop’), the intent of these signs is crystal clear. The Uniform Traffic Control Devices mandates that all stop signs are red and octagonal so the actual writing on the sign means little, and there’ll be zero ambiguity about that sign’s purpose.

Some countries elect to not have intersections where vehicles have to come to a complete stop, like the United States and South Africa. This means you should not only be aware of your own actions at an intersection, but also the actions of other motorists. Circumstances where you would expect a vehicle to stop may look very different in these countries.

Like stop signs, speed limit signs are pretty clear in their intent. There will be different speed restrictions in different countries, but they will always be clearly signed.

Some places like the United States will use miles per hour instead of kilometres per hour which will need to be factored in depending on the speedometer on your motorbike. There are some places in the world (like the Autobahn in Germany, for instance) where there are no restrictions and you can really let rip.

At the end of the day, most of the common and universal road rules are the very ones that urge drivers and bikers utilise common sense. Riding a motorcycle without the lights on at night time is dangerous, so it’s likely to be illegal.

If you are uncertain about what road rules will pertain to any region you’re planning on travelling to, it is best to read up on the local laws before entering a new country so that you can be confident you are adhering to those rules, that you are riding safely, and that you are not endangering yourself or other motorists during your travels.