3 Motorcycle Safety Techniques, and Whether They Actually Work 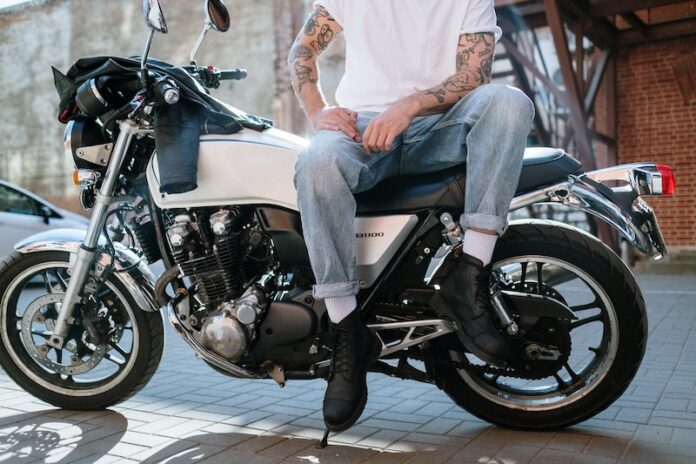 There’s an old-fashioned image of the manly, rugged individual. He might have a full beard and know how to change his car’s oil. Maybe he knows how to ride a motorcycle as well, and that’s his preferred transportation method.

While societal expectations regarding masculinity might not be quite what they once were, motorcycles remain very popular with some men. Even if you work as an accountant or something that very few people would consider dangerous, you can still get a little thrill riding your Harley to and from work every day.

Motorcycles are inherently risky, though, since you’re a lot more likely to injure yourself in a wreck versus getting in a collision when you’re driving a car. If you frequently ride a motorcycle, it helps to know what safety techniques will help you and which ones sound effective but really aren’t.

Let’s look at three motorcycle safety techniques that you might hear individuals talk about, and we’ll also discuss whether they work as well as people say.

Laying the Bike Down

You might hear the term “laying the bike down” sometimes. The bike this phrase refers to is your motorcycle.

When you lay the bike down, it means you tip the motorcycle onto its side if you want to avoid an object or obstruction that appears suddenly in the road. The idea is that you’re going too fast to stop when it pops up in front of you, and you should slide rather than plow into it at full speed. You might do this if a vehicle pulls out of a driveway at the last second because it doesn’t see you.

Laying the bike down sounds good, in theory. You’re not hitting the object at top speed, so presumably, you don’t risk as bad of an injury.

The problem is that the stats don’t back up the notion that doing this will harm you less. In reality, laying the bike down won’t help you as much as some people claim because slamming on the brakes, even at the last second, will cut your speed more than scraping the motorcycle’s metal and plastic along the ground.

Also, if you hit the brakes, even at the last second, you can control the motorcycle more than if you tip it over. Laying the bike down turns out to be a popular notion, but one that will usually hurt you more than it helps.

Motorcycle helmet laws vary considerably from state to state. If you’re a man who owns your own motorcycle, and you ride it most places, you’ll have to read up on your state’s helmet laws to make sure you’re complying with them.

The common thought is that wearing a helmet is always safer than not wearing one. As it turns out, this notion is completely accurate.

The motorcycle crash statistics always dictate that if you wear a helmet and you crash your bike, you’re much likelier to survive versus if you wreck it and you didn’t protect your head. When you ride a motorcycle, you’re traveling at a pretty good velocity, and there’s nothing between you and the ground but air. If a car hits your motorcycle, or if you run it into a vehicle or other object, you can avoid a traumatic brain injury by wearing a helmet.

Make sure you wear one that fits your head properly. You can also look at the different styles and find one that gives you an unobstructed view.

Amazon also frequently sells gloves, knee pads, elbow pads, and protective jackets. But is it worth it to purchase them?

Like wearing a helmet, the more extra padding you wear, the safer you’re going to be. Knee and elbow pads can definitely protect you from road rash. Extra padding also can lessen a crash’s impact, making bruises, cuts, and other injuries less likely.

Of course, some men don’t feel like they look very cool if they leave the house to ride their motorcycle dressed like a crash test dummy. You might feel like people are going to laugh at you if you’re wearing armor from head to foot.

Wearing additional padding is something considerate you can do for your family’s sake, though. If you still insist on riding your motorcycle when you have a partner and a couple of kids, the least you can do is wear plenty of protective gear. That way, you’ll get home to them safely every day.