Nailing Gifts for Your Girlfriend – The Power of Flowers 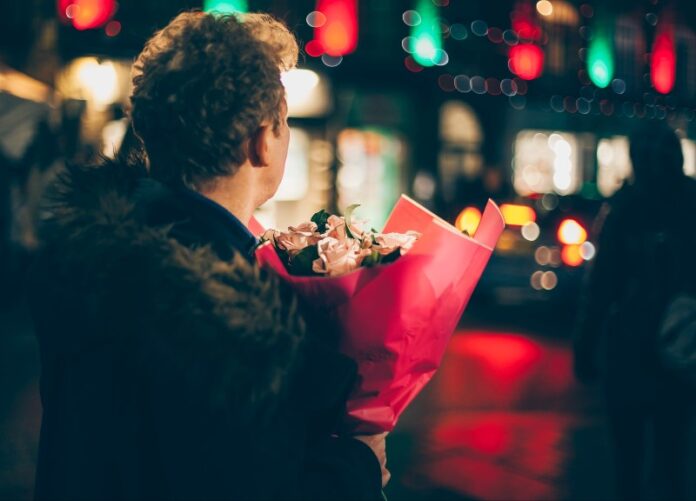 A lot of men are often at a loss when it comes to giving their girlfriend gifts. Especially if it’s a new romance. You might not know what she really appreciates, and flowers are kind of a traditional “fits all occasions” gift to give your girlfriend.

But just showing up at her doorstep with a bouquet of roses isn’t always the right course of action. Giving your girlfriend flowers can certainly be a power move, but it should be done right. In this article we’re going to explore the power of flowers, and how to not be just another lame dude standing in the rain clutching a handful of roses.

Whether by itself or to complement another gift, a bouquet of flowers is always the right move. Even girlfriends who say they don’t like receiving flowers (those girls exist, but often you’ll find different reasons behind it). Find it hard to conceal their delight at receiving a nicely arranged bouquet from their boyfriend. It’s just natural, and you’ll score a lot of points by surprising her with such a traditionally romantic gift. Even better these beautiful bundles can be delivered all over, check out flower delivery Philadelphia for some thoughtful and beautiful options.

The trick is to not give just any bouquet you paid a few dollars for. There has to be a bit of thoughtfulness and effort put into the presentation. I mean, it’s really obvious if you just grabbed a rose bouquet from Wal-Mart with a 12-pack of prophylactics.

So, what you can do is check out online flower arrangement sites that offer awesome and unique bouquets. It is highly recommended that you try Bouqs.com. Roses paired with other exotic flowers that complement each other will blow her mind! What’s great about services like these is that you don’t have to do all the thinking. Just order, add in a note, then have it delivered!

Now while flowers on their own are a wonderful “just because” gift to brighten up your girlfriend’s day. Special occasions call for pairing a bouquet with other gifts. You could tie a jewellery box to the bouquet with a bit of ribbon. Or place the bouquet on top of a small bundle of gifts. There’s a lot of different ways to use flower bouquets as an aesthetic enhancement to the other gifts you give your girlfriend.

Think of it like gourmet restaurants. Really it’s just a plate of food (expertly prepared, but still just food). But what makes gourmet restaurants “gourmet” is the garnishment and presentation of the food. The way the portions are plated. Like a dessert brownie with a fancy pattern of chocolate syrup drizzled around the plate.

That’s kind of the approach you should take to giving your girlfriend a bouquet of flowers along with other gifts. You treat the flower bouquet like a garnishment to the gift arrangement. But it’s the garnishment that makes it a gourmet presentation.

This is a tricky topic because in modern dating, more women are starting to profess a disdain for things “traditionally romantic”. For that reason, a few of these women could be subtle feminists. But there are a couple of other reasons why some women dislike getting flowers.

She has a thing for the environment

A lot of people, not just women have become environmentally conscious. Giving flowers to these types of women may give you a slap on the wrist. And probably a lecture on how flowers help the environment.

She might have been living a minimalist lifestyle. And flowers may seem like clutter to her or a waste of money. Yes, times have changed and there are a number of women who want to minimize their carbon footprint.

She’s had enough of “grandma bouquets”

Honestly flowers are a relatively inexpensive gift, a bouquet of roses costs maybe $12 at a local corner store. Women call this “Grandma bouquets”, which means generic and boring. If a girl says she doesn’t like receiving flowers, what she really may be saying is that she doesn’t want to receive cheap flowers.

Here’s the trick: bouquet arrangements. As what has been shared above, these are glamorously done yet incredibly affordable. Expect wide-eyed excitement and that smile that attracted you to her.

She had bad experiences with receiving flowers

In cases like these, tread lightly. There are some women who have only received flowers for the wrong reasons. They may have received them because of an apology from a few exes who screwed them over.

Don’t be surprised if she asks you, “What did you do wrong?”. Instead, try to understand where it’s coming from and reassure her that you mean well.

There can be plenty of other reasons that a woman might really not want flowers, but you have to judge it on a case-by-case basis.

In most cases though, giving flowers is really a power move if you do it right.