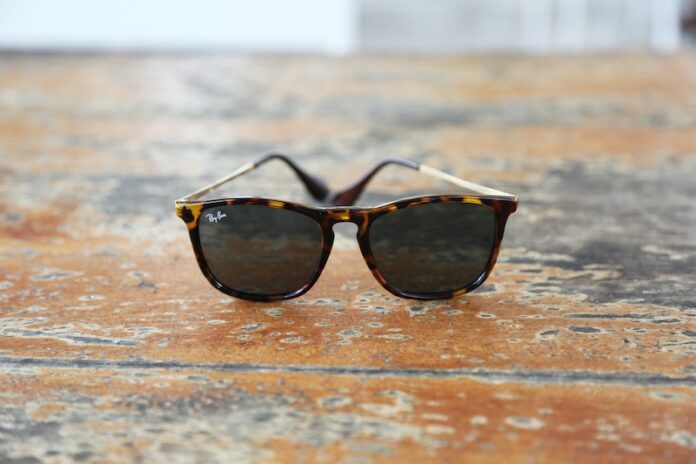 Men’s Wayfarer Sunglasses An absolute essential to complete your day look, in this article we learn more about these iconic sunglasses

Wayfarer, the terminology, is defined as a wanderer, someone who travels on foot. However, in the world of sunglasses, it means making the best brand of glasses worldwide. Wayfarer glasses have been producing for over half a decade. Still, it was a revolutionary back in those days where sunglasses were made with pure metal.

Who were the early movers of wayfarers?

Bausch & Lomb and Ray-Ban were the pioneers of implementing such glasses way back in 1956. However, their journey in making the best of wayfarer sunglasses was more of a roller-coaster rather than smooth selling. The levels of sales were excruciatingly low, to a point where both of them almost decided to discontinue its production. The persistence eventually paid off, wherein in today’s world, it is considered as the best breed of sunglasses in terms of style. Traditional metal frames were the only source of production, and it poses more trouble than benefits wearing such glasses. Therefore such a revolution is a success now.

How do wayfarer sunglasses look?

Wayfarer glasses look nothing distinctive than the classic frames that were intact ever since its production. But during their primitive years, it wasn’t exactly like we see and buy now. Previously the shape was more of a trapezoid, more correspondents to cat-eye designs. Why did it take a complete revamp? Was it because of the preference of style back in those days? During that time, such a trapezoidal look symbolizes masculinity. Sunglasses become popular when the most famous celebrities of that time wear it. Bob Dylan was the epitome of aesthetic, and wearing those shades was a reflection of how much people adore counter-culture.

How did their popularity escalate?

With wayfarer glasses struggling during the transition phases, it was challenging to imagine that something, albeit revolutionary, would go to the distance. But glasses of this breed have adapted with generations.  During the starting phase, they gained instant attraction, aka during the 1950s and 1960s. The most crucial strategy they have done is to attract celebrities at every stage of their growth to enhance their relevance. From Bob Dylan to Tom Cruise in the movie Risky Business, wayfarer sunglasses ensured it has sold out to the masses as the epitome of style. But hype, on its own, can go this far if it’s not backed by a change of design. Thankfully wayfarer glasses also evolved in the design aspect. They have achieved it by constantly and continuously evolving, leading itself to mass production of fashion by almost every sunglass manufacturer.

Wayfarer has undergone a heavy makeup in terms of style back in their developmental years. However, such changes are subtle in today’s world, making their motto of change inevitable. Eyeglasses manufacturers used to produce classic wayfarers with a unique feature that has a forward angle.

The tilt is an angle that acts as a protective measure from the sun. It allows the majority of the sunlight to come at the top. This protected users’ faces from getting over-exposed to the sunlight. However, call it coincidence, or deliberate, it created a style icon, due to the fact it created a classic retro look. Original wayfarer comes with two different eye sizes: 50 and 54, which is gigantic. One thing to note is that such protection doesn’t work autopilot, rather than what your face shape is.

The new wayfarers are considerably different from the traditional one. The changes, however, are a bit subtle. While they look a bit more contemporary, it hasn’t totally negated it’s technically retro look. What changed, however, is the level of comfort that the newer model possesses. The size is bigger than the traditional version. It comes with both 52 and 55. Bigger glasses may sound a bit turnoff as it covers your entire face. But those who are fans of such glasses will embrace the more significant size advantage. This is because the higher the number, the bigger the actual fit.

Wayfarers are very massive, so opening up and down such gigantic specs may cause a bit of hindrance. This fashionable sunglasses style is known for the ability to gel into today’s world to cater to the needs of customers of every generation. Some wayfarers offer a smaller lens size. With sizes of 47mm and 50mm, it offers them a cheeky, casual look. The two-tone look gives the glasses a more feminine structure, a shift from their traditional masculine outlook.

However, portable matters in today’s world; therefore, can they reinvent themselves in this aspect? The answer is by simply building a folded wayfarer. Such big frames can be folded into smaller shapes, fitting into the pockets become so much easier. People who spend their time travelling all day can bring out and keep their wayfarers at their preference. Such a feature allowed it to be used in multiple places and times.

Conclusion: Which one to choose?

To summarize it accurately, it all depends on user preference. Wayfarers allow people to unleash their classical look. If that’s the motto, then choosing the original one is more preferable. But the modern one caters to what current customers want: comfort. The newer one comes with a larger size to protect further from sunlight. It also has a smaller size to not make it heavy and also can be used to fold into their pockets. But a little level of prescription before buying will make you decisive to choose the ultimate wayfarer.