8 Most Stylish Football Players From Around The World 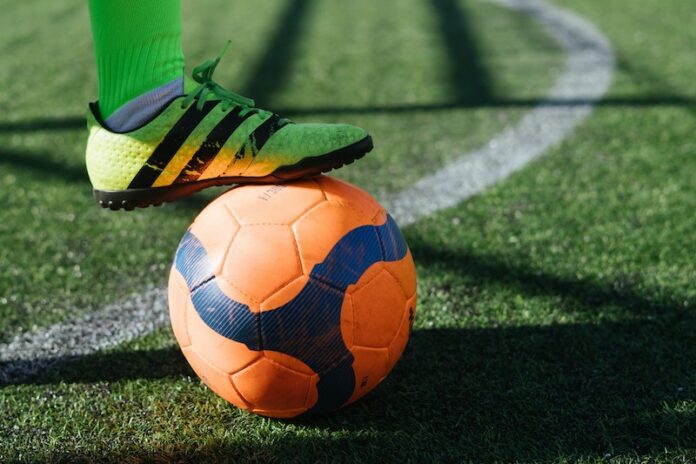 In the present era of paparazzi and social media, style and snaps are as important to football players as their performances on the pitch—Instagram profiles take center stage for this beautiful game’s most-biggest stars.

Besides closely keeping an eye on the NFL picks for sports betting, every other football fan will have a sharp eye when it comes to analyzing the style of players. In fact, it is style and elegance that help some less talented players win the appreciation of spectators. Here are the eight most stylish football players on the pitch.

Outside the field, David Beckham is the most handsome player of them all. However, inside the field, his natural beauty never fails to surface. Regardless of the jersey he wore throughout his magnificent career, from what we know, David Beckham always sweated in style. Even with his numerous haircut changes, his style remained intact and still continues to be so. His ability to gently caress the ball and place it atop the head of his partners is unique and leaves no one insensitive.

Thanks to his then long hair and clean-shaven face, the younger version of this Spaniard might not be much of what you would expect from a fashion or style-conscious footballer. Nevertheless, he did mature in style both on and off the pitch. Unlike a few other players who have always been about flashy and youthful branded street styles, Ramos is all about pure elegance and absolute class.

This Real Madrid legend sure knows how to dress perfectly in a way that allows him to flash his form and compliments his well-attended facial topiary as well as his fully inked limbs in the best chic outfits possible.

From a full-on embroidered Gucci to a head-to-toe Black Caviar nubuck and a fur coat only the Italian mafia would wear, Sergio has mastered the rules of dressing up and dressing down.

When your net worth is around USD 450 million, and when every part of your body is a beautifully sculpted weapon made for scoring goals, it is imperative you dress up in the finest of designer clothes and accessories.

While skinny and torn jeans are Cristiano Ronaldo’s favorite staple when arriving for training or for days off, he never shies away from safely topping his look with t-shirts and jackets, giving him a slightly punkish attitude.

However, he sometimes tends to go on “the-most-dapper-man-from-Portugal” mode with bright casual designer attires to an extravagant CR7 signature interpretation of a flamboyant gentlemen’s look.

Whatever style and hair he wears, Paul Pogba always generates media buzz. In fact, the Manchester United midfielder is often the fashion highness David Beckham himself. Though the former midfielder has a different sense of fashion, Pogba is especially a master of the lit athleisure game.

He also showcases a self-proclaimed look which he has charmingly nicknamed the ‘Pogswag.” He primarily walks wrapped in brands such as Gucci, Supreme x Louis Vuitton, Dolce & Gabbana, Yeezy, and Givenchy. Lastly, we shouldn’t forget his constantly changing hairstyle.

Perhaps, Jerome Boateng is one of the most well-dressed members of the current Bayern Munich team. This German defender has some serious fashion credentials—with a personal collection of more than 650 pairs of shoes, a stunning catalog of favorite labels like Supreme, Balmain, and Balenciaga, an Off-White x Nike link-up with pal Virgil Abloh, and not to mention a contract with Jay-Z’s Roc Nation, making him one of the football’s most fashion-forward men.

His looks are also famous for almost always featuring his line of elegant eyewear, which gives him an amazingly great retro slash modern-nerd appeal.

Alongside playing with fashion like a supermodel, the Arsenal FC full-back also dares to become one—he walked at Vigil Abloh’s debut 2018 runaway show for Louis Vuitton in Paris. From what we know, Hector Bellerin is a risk-taker. He rarely slips on elaborating sportswear and top-shelf attires and is an avid fan of KidSuper, Raf Simons, Fear of God, Off-White, and Balenciaga.

His signature style comprises oversized shirts and jackets that contrast with slimmer-fit jeans, cropped right above the ankle.

Pirlo often opts for distinctively simple Italian looks, achieved using shades, a shirt with sleeves rolled up the forearm, chinos, or a pair of dark wash denim and a pair of stunning loafers. Sometimes, he throws a blazer over the top, but it is often a chunky knit cardigan. Overall, his choice of fashion pieces is elegant and classy in all things luxurious and designer.

When it comes to fashion, we shouldn’t forget his always best-looking hair, and often times his facial topiary that are a quintessential part of his looks.

The youngest French player to score in a world cup, and the second teenager to score in a World Cup Final after Pele, Kylian Mbappe, became the world’s most expensive teenager at the age of 17 with a €180 million transfer fee. If there’s one thing we are sure of, it is that this Paris Saint-German forward is much like other footballers his age (or, perhaps every other teenager in the world)—he seems to be a devotee of streetwear and exclusives sneakers.

He is often spotted wearing Nikes and Off-Whites. However, this golden boy surely knows how to play the football fashion right with an appreciation for minimalism.

In addition to the list of most stylish football players listed above, a few other players could have also secured a place in this team. Among them are Thiago Silva, Kroos, Totti, Ozil, Neuer, Xabi Alonso, Van Persie, Ronaldinho, and Rui Costa.