Cigar Types and How to Smoke Them 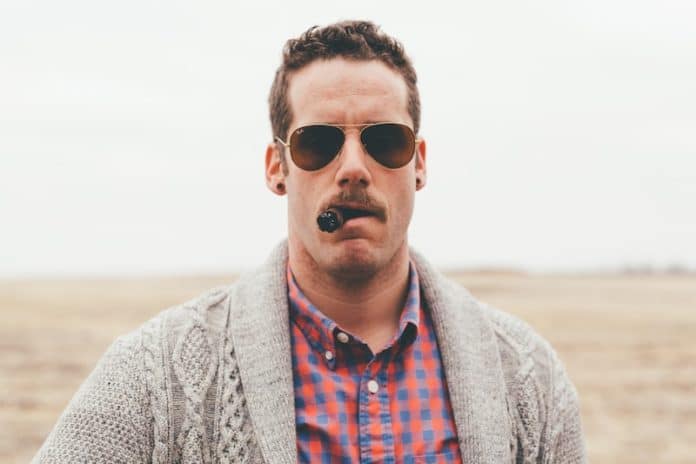 Whether you’re a dedicated cigar aficionado or a casual smoker, this article will feature a variety of cigar types and how to smoke them. Some people don’t realize that there are actually many types of cigars and can vary in flavor, size, use, and wrapping style. Some cigars are small and rustic, others are large, expensive, and should be saved for special occasions.

Another concern if you are a lover of fine cigars is, where to get them. If you don’t live in a large metropolitan area, then it can be difficult to find a reliable retailer. If you’re looking for more accessible options, the experts at Gotham Cigars recommend checking online to find the quality cigars that you can’t get in your local area.

The increased inventory that online retailers offer can also provide you with more variety to choose from, maybe even finding your new favorite smoke? Regardless of your needs, read on for a comprehensive guide on cigars.

The shortest cigars available are Robustos are one of the more prevalent cigars that you will find stocked in your local shops. Your average Robusto measures about 5 inches long and has a long smoking time. This means they take roughly 45 minutes to an hour to smoke. Ring gauge, by the way, is a measurement that refers to the diameter of a cigar; each gauge equals 1/64 of an inch.

For example, a cigar with a ring gauge of 32 would be a half-inch in diameter. The ring gauge on Robustos is 40-50. Robustos are not to be taken lightly as they can pack a punch, but they can also be decent starter cigars for someone just getting interested in smoking them.

Belicosos are the fattest of the bunch, with a very tapered head. They boast a ring gauge somewhere between 48 to 54 and are usually 5-6 inches long. With their cone shape, Belicosos are the mobster cigar that everyone always thinks of, as they smoke with a high concentration, but a cool draw.

These are not amateur level cigars, so be sure to prepare yourself and set aside at least an hour to smoke one of these. Live out your inner gangster as you enjoy a cool satisfying smoke. Because of the tapered head of a Belicoso, you can also customize your draw based on how you cut it. The draw is a term that refers to the amount of smoke that is inhaled on each pull from a cigar.

Coronas are popular because of the wide range of flavors they come in, they’re the gold standard of cigars. They typically measure about 5.5-6 inches long and have a 42 ring gauge. In addition to their great flavor, Coronas tend to have a very light smoke, making them preferable for anyone who finds other cigars too harsh.

Coronas are very popular beginner smokes, and can be perfect for things like bachelor parties, weddings, outdoor activities like BBQs or whatever you enjoy. It is also fairly easy to find affordable Coronas because of its popularity.

Similar to Coronas, Lonsdale cigars are known for having a light, flavorful smoke. Depending on the brand you buy, they’re roughly the same diameter as Coronas, but sometimes a bit longer.

These cigars were created for those who would like a longer, more flavor-forward smoke. They’ll take about an hour to enjoy in one sitting. If you got started on Coronas like many do, then Lonsdales can be a logical next step. Just be prepared for the slightly longer smoke time!

These cigars are known for being longer, but also much slimmer (34-38) ring gauge than other varieties. Due to their length, Panetelas generally take longer to smoke (sometimes as long as two hours) and are said to have different “phases” of smoke, meaning the flavor, texture, and aroma may fluctuate as you burn it down.

Many of these cigars over 7 inches are known as “Gran Panetela”. These can be great cigars to share because of the long smoke time. Alternatively, you could enjoy the entire cigar in a few sessions.

Named after the famous British prime minister, Churchills are serious cigars for serious smokers. They’re generally around 7 inches long, and give off very thick smoke. These are not recommended for beginners but can be incredibly satisfying.

How To Smoke A Cigar

Many men who smoke cigars say the experience soothes and entices their senses. Cigars offer an excellent opportunity to relax from a long, hectic day. Furthermore, smoking a premium cigar connects you with the old world with luxurious pleasure. So, how should you smoke a cigar?

Choosing the right cigar is the first step you have to learn. Most first-timers mistakenly choose shorter, thinner cigars, which generate smoke faster. Longer, fatter, milder cigars are suitable for novice users for a gradual and less intense smoke for a more enjoyable experience.

It’s best to leave the band instead of removing it to avoid destroying and unraveling the cigar. But you can remove the band once you reach the end of the smoke.

In addition, cutting the cigar may show that you’re a beginner. But cutting a cigar also shows that you want to enjoy your cigar with style and class. Use a cigar cutter or punch to avoid cutting too deep.

Learning how to smoke different cigars can be an unforgettable experience for most men who love smoking. It’s important to determine the right cigar sizing, how to cut a cigar properly, and the basics of a cigar humidor. In that way, you can confidently smoke a cigar in front of your friends and strangers. You can find this information from online resources like Cigar Amigo.

Hopefully, this article has been informative about the subject of cigars. Smoking cigars can be an incredibly enjoyable experience. Not only will you get the satisfaction of smoking a quality cigar, but you will be able to enjoy one of your vices with class.