Beards and Sports – How Well Do They Mix? 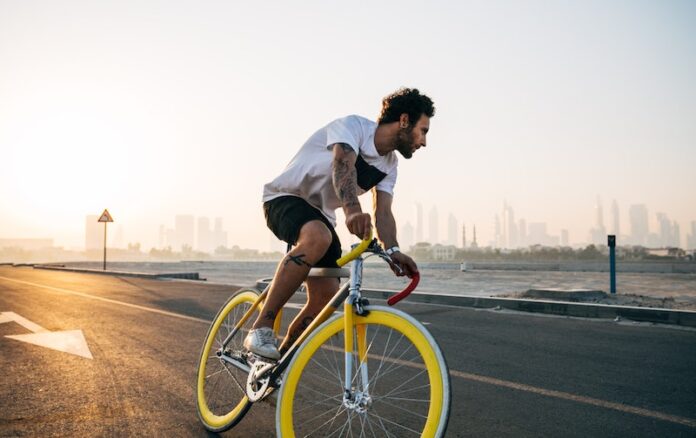 Facial hair is much like fashion. While some of us stick to timeless styles, others are more adventurous, changing our fuzz frequently to give us a fresh look. However, if you watch some sports, the number of athletes competing with a beard is proportionately lower than you see in the general public.

Is there a reason for that? How well do beards and sports mix?

Footballers are often fashion icons as much as they are sports stars. David Beckham famously made some very bold statements during his time with Manchester United, Real Madrid, and LA Galaxy, with some very different hairstyles including a skinhead, a Mohican, a long at the top, and a side part.

Beckham’s choices have often been trendsetting, though when he made the bold decision to wear a skirt, few were keen to copy that choice.

In football, facial hair has always been a thing. Look at photographs of footballers from the 1970s and you’ll see plenty of big bushy moustaches and a lot of long hair. Similarly, there are plenty of contemporary choices for their crumb catchers.

There aren’t many that choose to have big bushy beards though, most tend to have fairly short and well-groomed facial fur. This might be because it gets a bit hot to run around for 90 minutes with all the extra insulation.

Poker is a much more sedate sport than football, though it does just as good a job at getting your heart racing. While online poker has become more much popular in the last two decades, live tournaments are still important to professional players.

The fashion choices of poker players vary a lot. In the early days of the World Series of Poker, you would have seen a lot of shirts, jeans, and cowboy hats, but today, you could easily find a very broad mix of casual, formal and everything in between at the same table.

The same applies to the beards and moustaches of poker players. At a tournament, you’ll easily find everything from a simple moustache to something a little more eccentric. Steve Zolotow, the two-time WSOP bracelet winner, is known for his Ming the Merciless ‘tache that he’s sported for more than half a century, while Daniel Neilson has gone from short stubble to a full Santa Claus-level beard.

For many years, Formula 1 drivers had a reputation for being boring, clinical, and lacking in personality. In the 2000s, F1 drivers were light-skinned, had short hair, and always fashioned a clean-shaven face. If you need the proof, just check out this photo of the entire grid ahead of the first race in 2001.

In 2006, Fernando Alonso had long hair which was pretty unique among drivers at the time. However, the following year he moved from Renault to McLaren and was forced to shave it all off. Both he and his rookie teammate Lewis Hamilton had matching trims and bare faces, something that team boss Ron Dennis reportedly demanded.

Today, however, F1 drivers have a bit more personality with their hairstyles and facial hair. Hamilton has changed his styling choices as much as David Beckham, while Sebastien Vettel, Valteri Bottas, Daniel Ricciardo, and Roman Grosjean have all grown beards in recent years.

Cycling is a sport where athletes have been known to shave their legs to reduce wind resistance. This may seem a little extreme, but when every fraction of a second counts, even the tiniest advantage can make a difference. One US company found that over a 40km (25-mile) ride, shaved legs can save around 82 seconds.

That hasn’t stopped some cyclists, including some of the sport’s most successful riders, growing some pretty impressive facial hair. That includes Sir Bradley Wiggins who won the Tour de France while sporting mutton chops and the Australian Sean Eadie who famously said he shaved his legs “because it feels great in bed” and not for the speed advantage.

Of course, that does mean they need to work a little harder to overcome the extra wind resistance, but when you look that good, who cares?

So it seems that, while beards haven’t always been widely accepted in every sport, today, they’re almost universally accepted, even if they do come with a slight sporting disadvantage.