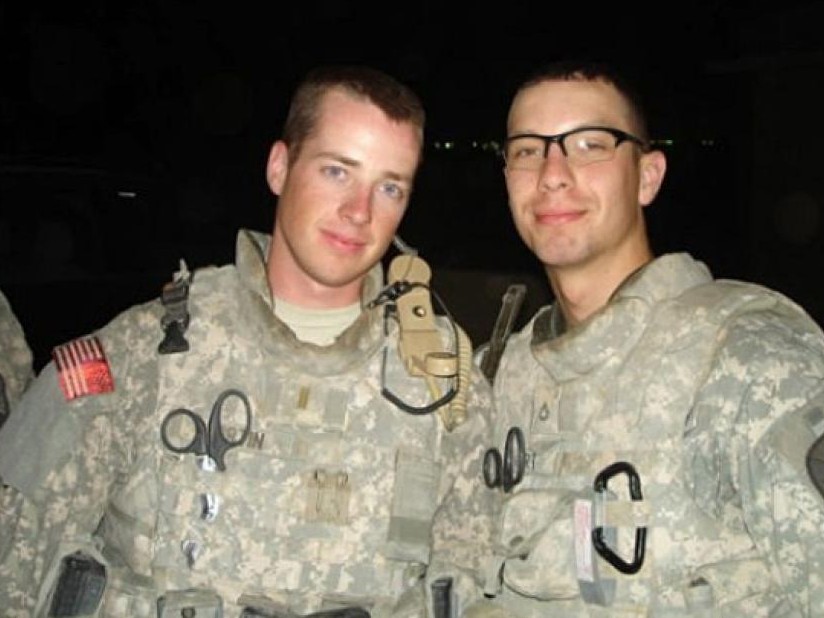 We meet the man who used his beard as a sign of courage and confidence to get  through one of the most painful and harrowing events he had ever been through.

Read his story below:

Some people walk around and act as they are, never changing and or grasping on to life’s lessons. It’s easy to let things go, stay positive and keep it moving. Never dwelling on the past, or past experiences is the actual struggles that we tend to say molds us. I was 18, determined and always kept it moving. I was fighting internally and went to go fight the only war I knew as a child; externally.

Being a Brooklyn native isn’t like it is everywhere else in the world. This life is fast paced, and if you don’t have the push and constant reminder standing behind you, the streets, and the Empire State of mind will take over you. The constant goal of monetary success, and chasing the American Dream is what everyone in this nation thinks about. It was different for me so I went to go chase the success of a soldier. I was stationed in Ft. Hood, TX with the 1st Cavalry Division/ 1st Brigade Combat Team. It was in no time after I graduated Advanced Infantry Training from Ft. Bennington, GA that I was headed to Iraq. In support of Operation Iraqi Freedom, I was boots on ground at the Ali Ah Salim airport in Kuwait on February 3rd 2009. My unit took over a JSS in the South Baghdad province and were there to conduct missions which entailed anything from chasing HVT ( high valued targets) to focusing on agricultural improvements for the locals.

Creating solid relations with the neighboring elders and anyone who could help us avoid Taliban ambushes and altercations, while we stood our ground throughout the deployment. August 23, 2009 Sunday morning was the reason why I look at my beard as an escape and God given privilege from society that is in my hands only. Angert was involved in an explosion that gravely injured him and claimed the life of his friend. After waking from a 19 day coma, I was on my way to processing out of the Army and coming home to live the civilian life once again. It’s been almost 6 years now and I continue doing my best inspiring and guiding others in need of that extra push.

Your beard is your God given ability to show dedication. To show others your struggle and the time you spend in caring for yourself, either to better yourself or others. I always felt my beard made me who I am. I fit into it, it looks good and a groomed beard is better than a shaved face anyhow.