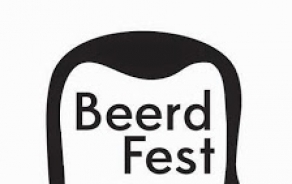 Liverpool’s favourite annual beard and moustache contest is back, BeerdFest! This year, it falls on the same day as World Beard Day, Saturday 5th September.

It’s the fourth outing of the popular festival which offers BEER & RESPECT to winners, and a great day out for all who attend!

This time around they’re back with a fantastic line up of acoustic music to accompany beard grooming and wood chopping at their home in the Baltic Triangle, Constellations, as well as beer tasting and a food contest!

Join them from 3pm and hear acoustic delights from the likes of local singer songwriters SheBeat, K’sChoice himself Derek King, the one and only Neildsy, Liverpool blues boys John Hall and Joe Kelly, all the way from Canada eh? Darren Eedens & his fine moustache to name just a few!

Later on, the only beard contest in town hosted by the tashwag, starring the best facial hair from around the UK, hits the catwalk – it’s not to be missed!

Register your category or just book your ticket for a great day and prepare to be amazed!

There are prizes for Best Beard, Moustache, Partial and Fake, and it’s not just for boys, the Fake award (for ladies and babyfaces) is hotly contested, very creative and most entertaining! Audience members can also go home winners with Best BeerdFester, BILF and BeerdFest BadAss (Freestyle) up for grabs!

Email your category of choice to [email protected]

BeerdFest was created by organiser Jodie Schofield in 2012 who is thrilled with the popularity of the festival: “BeerdFest is better every year, hundreds of beard lovers joining us for the fun times. Brian Blessed remains our bearded Patron, wood chopping and beer tasting are added to the mix this September, and as well as awards for our fantastic contestants we’ll be celebrating our audience too…Not only is Beerdfest the hairiest, but likely Liverpool’s most fun festival!”

A special Lifetime Achievement Award will be announced to a very bearded blues man and Patron Brian Blessed is a huge supporter of the festival: “It’s delightful that people are coming together and celebrating beards. I’ve always enjoyed mine. If you want a fun day out, Beerdfest in Liverpool will do the trick.”

BeerdFest supports men’s mental health charity CALM (Campaign Against Living Miserably). Campaigner Simon Howes says: “With suicide now the biggest killer of men under 50 in this country, it is brilliant to see such a great partnership between BeerdFest and CALM continuing. Every year it gets bigger and better, much like some of the beards that enter. We’re thrilled to work with such a great bunch of people who love beards and care about men’s wellbeing.”

Jodie has produced a beard-watching picture blog at www.tashwags.blogspot.com since attending the World Beard & Moustache Championships in 2007. The World Championships are being held in Austria this year in November.