The Best Facial Hair of Competitive Athletes and Gamers 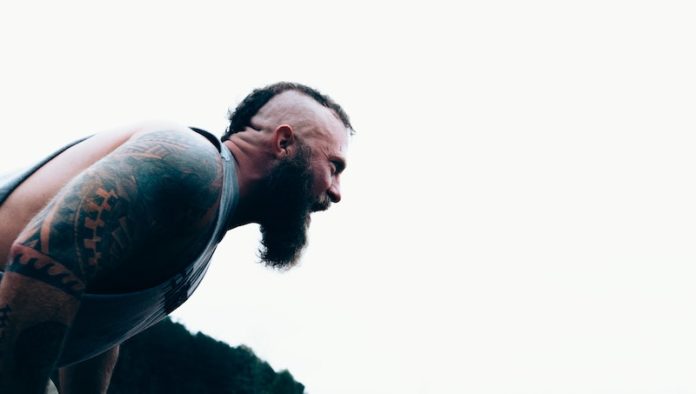 Many competitive players of all types, from athletes to gamers, are known for sporting some truly outrageous beards and moustaches. While sometimes they grow a massive beard for superstitious reasons, other times there’s no real reason.

Players from all sports have earned themselves nicknames for their choices in facial hair designs.

Here we’ll take a look at some of the best beards and facial hair of competitive athletes and gamers throughout time.

From the big leagues to the minors, baseball has seen its fair share of notable facial hair candidates. John Axford is a worthy competitor in this category. Fans have marvelled at his varying handlebars coupled with many unique beard designs.

While playing for the Brewers, his facial hair choices earned him notoriety when he became the face of the ads for Milwaukee Films as well as when he earned a sponsorship from Wahl Home Products. Axford is proof that facial hair truly can up your game.

At the poker table, one longtime standout has been Steve Zolotow’s Ming the Merciless moustache. For those not familiar with Ming the Merciless, he’s a villain from the Flash Gordon comic series who sports a long, thin moustache that hangs past his chin.

Zolotow’s moustache is nearly identical, hence the name, but it’s a bit longer and more whimsical. He’s rocked this look for several decades, through roughly 20 World Series tournaments. He’s got a specific look, and it works for him.

Football brings to mind games played in all sorts of weather from rain to snow. One must wonder if that might be the reason so many NFL players are sporting beards that rival the mountain men of Wyoming. One player whose beard isn’t for protection from the cold is Miami Dolphins quarterback Ryan Fitzpatrick. The full beard Fitzpatrick sports has earned him one of the facial hair top spots within the NFL more than once.

Basketball has a long history of great facial hair. From Kareem Abdul-Jabbar to James Harden, the NBA shows that facial hair can make a statement on and off the court. Whether they wear it trimmed and neat or let it all hang out, one will never be without inspiration during a basketball game.

Chris “Birdman” Anderson is one player that has shown each extreme of facial hair display. From short and well-groomed to long and burly, he shows that it doesn’t matter how much facial hair you have — it matters how you wear it.

Soccer is a sport known for thinner players with the strength of giants. Players with slim physiques often look for ways to seem bigger, but many World Cup players show that size doesn’t matter.

Players like Sweden’s Durmaz, England’s Kane, and France’s Rami, show that even when you are busy, staying neatly trimmed is possible. These players, with their varying degrees of facial growth, always maintain a fresh-from-the-barber look.

As eSports grow in popularity, so too does the facial hair grown by its players. Overwatch is indisputably one of the most popular games in this sports arena, so it only fits that its best players warrant inclusion in this best facial hair comparison.

The top contenders in this virtual world of gaming are Norway’s Jorgen “Decod” Myrlund with his full brass-colored beard, Finland’s “BigGoose” Isohannie with his well-rounded look that goes from head to chin, and the United States’ Shane “Rawkus” Flaherty with his blond locks darkening down into his dark beard. Each has his own way of mastering the game, so too is true of mastering their facial hairstyle.

Hockey is a sport known for its rough hits and burly faces. With a season that coincides with No-Shave November, it is no wonder that some of the best facial hair champions come from the NHL.

Some of the significant facial hair players in the league are Scott Parker with his fearsome facial expressions and beard to match, Jaromir Jagr with his rule-breaking styles, and Henrik Lundqvist with his evenly-groomed moustache and beard combination.

Each team has their facial hair favorites. From neatly groomed to burly caveman, the top contenders always have one thing in common: They know how to make a statement with facial hair.