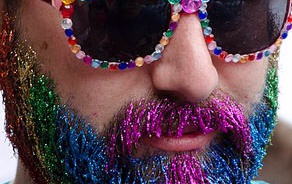 What do you get when you mix LGBT with bushy beards, rainbow coloured beards. We look at how this new online and social trend affects our bearded community. If you have a long beard and are looking for a quality tool for trimming, Getarazor has an in depth guide on beard trimmer for long beards. 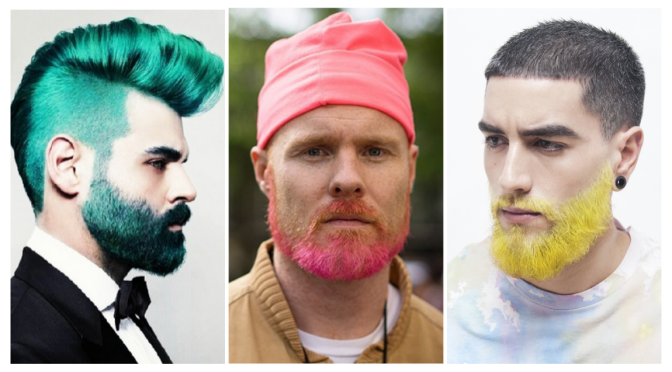 As a longtime LGBT and coloured hair dye enthusiast, I was in two minds about writing a piece on the recent coloured hair/beard trend interwoven with the recent LGBT civil rights advances. On the one hand, rainbows FTW and it’s about time everyone started blurring the gender binary and experimenting with their hair. On the other, I saw one Instagrammer who tagged his coloured ‘do with tags including but not limited to: #LGBT, #EqualMarriage, #tans, #pansexual, #lesbian, #StopHomophobia, #Christianity, #God, #Jesus and, best of all, #5SOS.

Like, the dude had purple hair. Jesus was not in the photo. 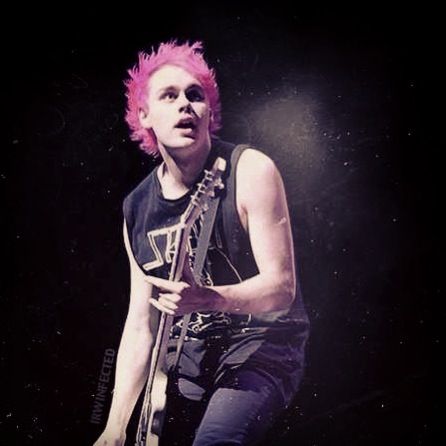 So I’m officially old. Like is 5 Seconds of Summer a Christian band? Is the guy LGBT? I don’t even know if the ‘of’ should be capitalised. (Seriously if anyone knows, I have younger family members to keep up with.) My original point was, I’m not sure if there’s a correlation between rainbow hair, the rainbow flag, and the steadily increasing acceptance of both. I kind of think that in such a fast-moving world, especially where social media and fashion are concerned, there will always be mainstream acceptance of what used to be niche. The mainstream notice what’s so great about the niche and take to it to the point where it becomes normal, then gets replaced by something else niche.

What was mainstream is ignored for a while then trickles back into the consciousness of ‘alternative’ people and the whole process starts again. It’s happened with tattoos, shoulder pads and, um, beards themselves. So sooner or later, especially in a world where it’s increasingly okay for guys to express their ‘feminine side’, there was going to be a glut of rainbow beards. The novelty of regular facial hair was always going to wear off eventually. And brightly coloured hair is the only way to go, dye-wise. I mean, I have brown hair. Why would I dye it a slightly different shade of brown? Why not colour it teal? (I did actually do that about 4 years ago, back when I knew who the hip rock bands were and didn’t use the term ‘hip’). If you’re going to do something, do it properly!

Going back to fashion: if you want to colour your hair or beard in rainbow colours – for self expression, for queer pride or because you’re bored with being blonde – do it. Try chalks if you’re not sure if you want anything permanent. There’s enough grey and beige in this world already, and if you’ve committed to a beard then according to some people, you’re already a social reject. Or poser. So you have nothing to lose by buying a tube of Fudge Paintbox Pretty Flamingo except, potentially, the skin on your scalp and your bath towels.

But if you want to do it because your Instagram feed is, don’t go around telling me that rainbow hair ‘is straight boys too’.* It’s hair. If you think a pink beard could make you susceptible to catching gay, you’ve probably already caught it. If you think your rainbow streaks are showing solidarity for the LGBT movement then thank you, we appreciate it. But if that’s the only time you’ve ever lifted a finger for pride or any form civil rights, other than when you filtered your Facebook icon, you’re better off staying blonde. Not least because the rest of us want enough product left on the shelves to try a proper rainbow.

*Seriously, Yahoo, you had the rainbow icon a fortnight ago. Tell your writers to man the eff up and quit the weirdly homophobic rhetoric.