On the Hunt for the Best Beard or Mustache in Sports 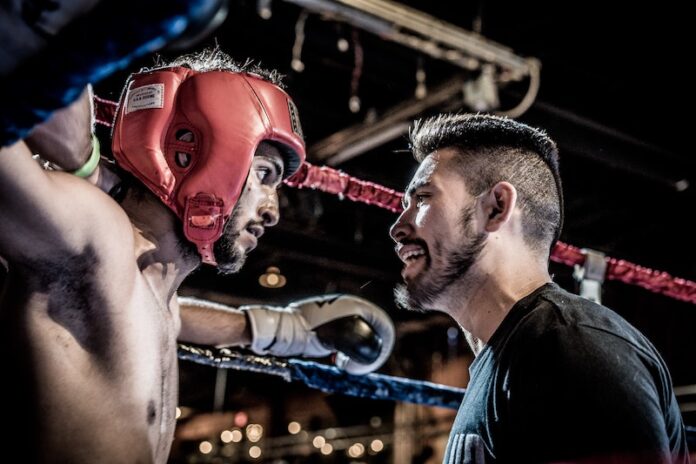 Facial hair has always been a thorny issue in sports, with athletes eager to display their individuality and spirit, but having to balance that with their performance round the track, on the pitch or in the pool.

Because sport has become so results orientated these days and beards are not the most aerodynamic or stealthy accessories, most contemporary sportsmen tend to keep their facial hair to a minimum, going for that squeaky clean look.

However, there are still some rebel athletes who for one reason or another like to maintain a rugged beard or a classy mustache, unwilling to let go of their pride and joy no matter what the fans or the sponsors say.

Here are some of the sporting world’s very best mustaches and beards. We cannot be held responsible if any of them decide to trim or chop their respective styles in the weeks and months after this article is published. Just take our word for it: these men can grow!

Kimbo Slice was one of the first ever athletes to transition from the world of social media into mainstream sporting circles, with the rugged street fighter eventually turning his gnarled hands to pro cage fighting and boxing.

As well as being famous for his fighting skills, fans instantly recognized him for the presence of his beard, made all the more impressive by the fact his dome was completely bald.

Whether he kept the chin fuzz there to protect it from punches or he just enjoyed the look, Kimbo is always loath to trim his beard down to size.

These men are all saying no to the razor

The Mac is the man every UFC star wants to fight and someone who an increasing number of the general populous wish to look like.

A large part of that look is his Irish-red beard, which he seemingly is able to shape to match any occasion.

When it comes to McGregor, sports fans know two things: the first being that he can always be relied upon to come through with a show-stopping haircut and beard trim, and secondly that he will deliver for them if they have lumped a free bet or two on him to be victorious. Ultimately it is this combination of sporting prowess and effortless style that sends fans wild for an athlete, no matter which sport they grace.

2020 has been a rich year for beards in the NFL, with players using their spare time to cultivate the sorts of beards they always dreamed of having.

Among some of the top contenders have been Ben Roethlisberger and Aaron Rodgers, with both veteran quarterbacks covering their square jawlines with some particularly rugged carpet.

Unfortunately, these men and many who went before them all pale in comparison to the retired Steelers legend Brett Keisel, whose beard was so famous that it even had a nickname, with fans calling it “Da Beard”.

No quarterback ever wanted to see Da Beard getting in their grill on a fourth down.

Ice Hockey is a sport for people who like the cold, so perhaps it is no surprise that many players in the NHL appreciate a bit of insulation around their facial extremities.

One of them is the San Jose Shark Brent Burns, who combines a gap in his front teeth you could fit a puck through and a beard that could house a flock of starlings.

The true beauty of this beard is just how wild it is, looking as though not even a hedge trimmer would be sturdy enough to cut it down to size.

Indeed, the Sharks currently have not one but two of the league’s most high-quality beards, with Burns’ teammate Joe Thornton also rocking a killer beard. Both men even took their beards and bodies to the next level in a recent charity calendar shoot.

When it comes to beards in the NBA James Harden has been leading the way for years and has even said that his facial hair has helped protect him from stray balls and flying elbows.

The best thing about Harden’s beard is just how dense it appears to be, which when combined with his signature style of play allows fans to spot him even if they are in row Z in the bleachers.

Tim Howard is an Everton and Team USA legend who has only just hung his gloves up in order to take on a boardroom role at Memphis 901 FC.

Throughout his playing career he was known for being a great shot stopper who played at the highest level of the game, despite being a sufferer of Tourette’s syndrome.

His condition never got in his way, though, and he also sported one of soccer’s most fetching beards. In a sport where fashionable stubble is all the rage, there was only Howard and the likes of Andrea Pirlo who stayed true to their beards. Who knows which young players will dare to bring the trend back?

Tennis players often just resemble clean cut bank managers who happened to have picked up a tennis racket of a weekend. Tennis fans seem to lap this up, salivating over Roger Federer’s Rolex or the fact Rafael Nadal has bought another yacht, making you wonder if tennis is about sport or just giving the appearance of being sickeningly minted.

Luckily, there are some slightly less talented players who have not bought into this cult of image consciousness, deciding instead to tread their own paths, both when it comes to playing and clothing styles.

In the beard department it is hard to compete with French wild man Benoît Paire, who always looks dapper in a smart polo shirt ,which is offset by a beard so burly he might just have stolen it from a bear.

His only rival in the beard stakes is his compatriot Giles Simon, but although the two may be evenly matched on the court, Simon has some serious catching up to do to reach Paire’s elite beard offering.