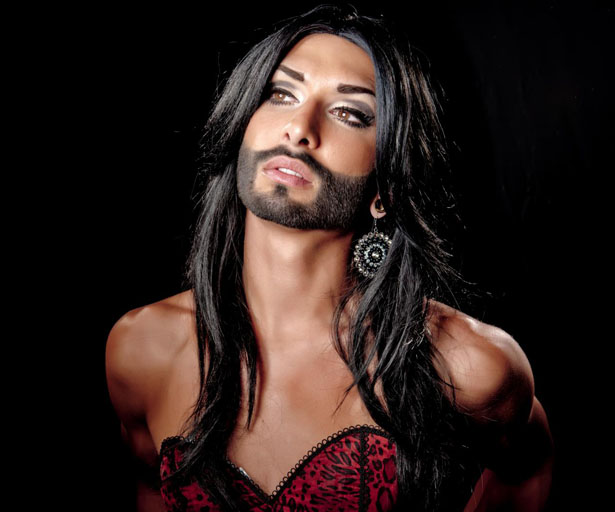 Conchita Wurst burst onto the international radar – and gaydar – in spring 2014 as Austria’s Eurovision contestant. Traditionally as sparkly as pride weekend, Eurovision itself didn’t bat an eyelid. The competition has, after all, already been won by a transgender woman. But 2014’s contest came not long after the Sochi Winter Olympics, Russia’s annexation of Crimea and those gay laws. Europe, and the rest of the world, was hyper-sensitive to anything that would upset conservative Russian sensibilities even more than Eurovision usually would.

The alter ego of singer Tom Neuwirth, Conchita was already a household name in Austria. Created by Neuwirth in 2011, Wurst has her own back story (born in Columbia with a husband named Jacques) and Neuwirth has always been clear that he is a drag artist, not transgender. But few drag artists – and singers – subvert the gender binary as well as Conchita.

As glamourous as any supermodel and with eye makeup to kill for, Conchita probably made more than a few Eurovision viewers question their sexuality. She blurred the gender binary so visibly that people across the wold sat up and started discussing her. But while she had a firm fanbase and the backing of everyone irritated with President Putin, nobody really expected that Conchita would win the contest – although her performance of ‘Rise Like a Phoenix’ was definitely better than most entries. 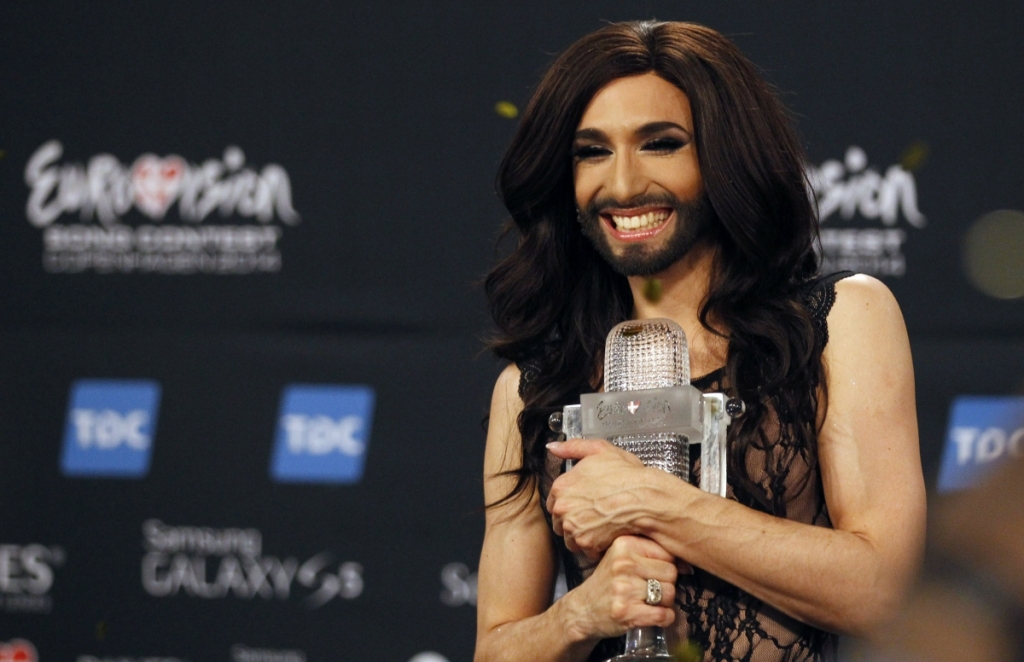 If Crimea hadn’t just been annexed or if the Sochi Olympics hadn’t just finished, maybe Conchita wouldn’t have won. Ukraine definitely wouldn’t have come sixth any other year. Maybe Europeans wanted to show solidarity with Russian LGBT citizens; maybe they wanted to irritate conservatives within their own communities. Maybe they were just really down with ‘Rise Like a Phoenix’.

One thing we do know, almost a year on, is that although Conchita’s career might have been kick started by politics, it doesn’t rely on them. Within days of Eurovision, Conchita appeared and performed on talk shows. Within months she was recording her album, Conchita, which is out in May. She’s written an autobiography, performed at pride weekends and addressed the European Parliament about LGBT rights.

Okay, so maybe she’s a little political. But she is first and foremost a woman who wears a beard better than you. Beat that, Eurovision 2015.