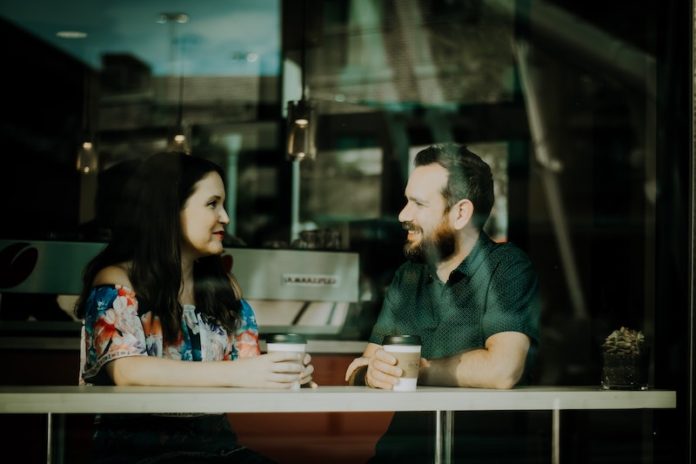 People always give emphasis on how they appear to other people and what their effect is on people they get to interact with. A lot focus on their physical looks, particularly how they dress, do their hair and makeup, and buy gadgets and accessories. It is true that appearance speaks volumes of who you are as a person, but it is not all that matters.

The truth is, physical traits can only affect a person superficially and won’t take you to a deeper level. The way you talk can have a greater effect on a person, which is why people who are smooth talkers have their special way with people. Focusing on how you communicate has its advantages, especially when you want to gain affection from other people.

People only enjoy looking at a person only as long as things look interesting. Studies have shown that people tend to forget a person’s looks just a few minutes after they see them. It means that physical looks do not always register on a person’s mind, especially if the exposure is very few or only once. This is the difference when you start a great conversation with a person. You are more likely to leave a longer and striking impression if you talked about substantial things. People learn about their similarities and compatibility based on the topics they talk about. You also get to know more about a person because of the way they talk because what they say about looks being deceiving is almost always true.

The way you look is part of your body language. And though your actions and the way you project yourself can convey meaningful messages to other people, it can still be ambiguous, and they might end up interpreting it differently than you intend. In order to effectively communicate the message that you want to convey, speak up, and talk to the person directly. You can tell someone your intentions clearly by saying it in words. Of course, this should always be followed by appropriate actions to back up what you are saying. Choose your words carefully and say things genuinely. For example, give a compliment that is true, and it will surely spark something in the person you are talking to.

Looks spark interest, but talking captures the heart. This has been proven time and time again, especially with great communicators of their feelings and emotions. Poets have succeeded in capturing their readers’ emotions, and you can do this do too even if you are not a poetic speaker as long as you spark emotions when talking by using a more mature language in a flirty but serious tone. Avoid joking about things you really mean and be straightforward in your approach so you won’t throw off someone by appearing to be momentarily flirting only. This way, the person you are talking to can mirror the same interest you have for them.

Listening as Part of Talking

Listening is as important as talking. Capture what the other person is saying and give an appropriate response. This gives them the impression that you are paying attention to them and that you give importance to what they are saying. It will also allow you to give the correct response. Not only listening to the words they are saying, read between the lines as some messages are hidden and sometimes is a complete opposite of what they say. Allow them to speak before taking your turn.

It is only by talking that you are able to respond well to a conversation. Again, looks can only open misinterpretations and ambiguity, so avoid gesturing so much when you can actually verbalize the answer. This way, everything is clearer. Respond to an invitation with a clear yes or no and offer to pay for drinks by verbalizing your intention instead of motioning things around. Talking is also a sign of confidence, and you can notice this in people who can easily start a conversation even to people they are meeting for the first time.

It is clear that the way you talk can have a more lasting impact on a person that just the way you appear. Focus now on learning how to keep great conversations going and how you can deliver your messages clearly. Now that you are able to know the difference, you can already start investing on how you can improve the way you talk to other people.