The Sports Venues in the US You Must Visit 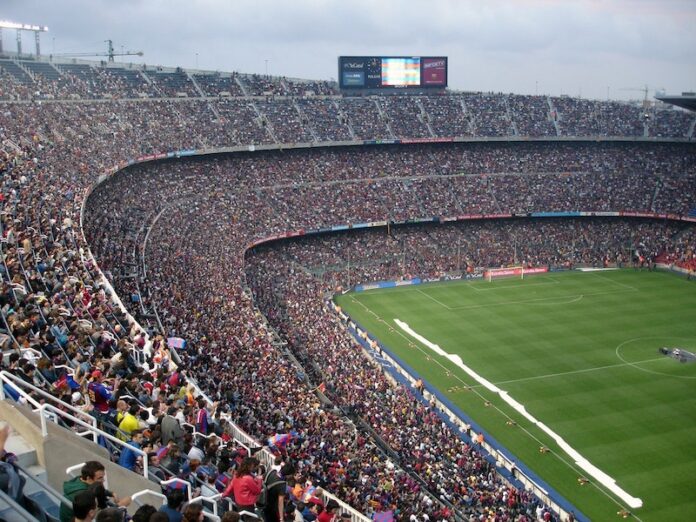 The US is enamoured by sports, with millions tuning in to watch big games on television and attending in person every week.

Football is king when it comes to viewing numbers and support. With college football dominating Saturdays and the NFL taking over on Sundays throughout the fall and winter months. Up to 100,000 fans pack stadiums in college towns across the country where football is comparable to religion. Whilst NFL fandom dominates the mood of entire cities. Millions tune in for Sunday night football predictions and follow every game as closely as they can.

Baseball, basketball and hockey are close behind in terms of popularity. And sometimes even usurp football in certain regions whilst soccer is up and coming too.

Globally renowned franchises across all big four sports play in some of the most impressive arenas and stadiums in the world. Producing pulsating and intimidating atmospheres that highlight how sports mad the US is. Fans in the US live and breathe sports, they watch it every day, they bet on it at their favourite sportsbook, and they consume it as passionately as anywhere in the world. Here is a look at some of the best sporting venues in the United States.

The iconic New York City venue, commonly known as the Mecca due to it’s heralded status, plays host to NBA giants the New York Knicks as well as the NHL’s Rangers and WNBA team the Liberty. MSG is famed for its central location in the city. Its circular design and its intimate feeling as over 20,000 fans are packed close to the court as well as the iconic jumbotron which provides a stunning visual. The atmosphere is electric and loud, particularly for Knicks games, and the venue also hosts concerts and boxing fights.

Famed for being the ultra loud and intimidating home to the Seahawks in the NFL, and MLS side the Sounders. CenturyLink provides one of the best home advantages in sports. The passionate Seahawks crowd, known as the 12th man, are 69,000 strong and have held the record multiple times for the loudest crowd noise in history at over 130 decibels. Located right on the water’s edge at Elliott Bay, the stadium is often a reflection of the icy cold Seattle weather. And its 4-stand design is intimidating with the 12th man waving towels enthusiastically behind the posts.

Home to the Red Sox, Fenway Park is the oldest ballpark still in use in the MLB and it’s 109 year history has developed into the most iconic baseball stadium in the US. The Red Sox have won 8 world series pennants here and features one of the most unique features of any stadium in the US; the green monster. The 40-foot high wall in left field is iconic and has prevented many home runs over the years that would have sailed into the rafters at other ballparks. The storied history of Fenway and the success of the Red Sox franchise make this a must visit venue and one of the most appreciated in the US.

Home to the Masters since 1934 Augusta is arguably the greatest golf course in the world. Its almost mysterious aura and exclusive nature mean very few people will ever play the course, and even fans are only given the chance to visit a couple of times a year. The pristine fairways and greens, surrounded by stunning greenery and plant life make Augusta a sensory treat to behold. Some of the greatest scenes in golf history have happened on the hallowed turf in Georgia and it is a bucket list experience for many players and fans alike.

Home to the Green Bay Packers and with a capacity of 81,441, Lambeau Field is the most iconic stadium in the NFL. In use since 1957 it has seen the Packers win perennially and become one of the most successful franchises in history. The passionate Green Bay fans make the stadium an incredible atmospheric experience, with thousands of ‘cheeseheads’ dressed in headwear and the often-snowy conditions producing stunning visuals of dedicated fans out in sub-zero temperatures to support their team. Players and visiting fans alike revere Lambeau for its history and atmosphere, and the famous ‘Lambeau leap’ celebration where Packers players celebrate touchdowns by leaping into the crowd behind the end-zone is one of the most iconic celebrations in sports.

The US is home to some of the most impressive sporting venues in the world from football stadiums, to multi-purpose indoor arenas and golf courses alike. There are myriad other venues that deserve mentions such as the famed Daytona Speedway in Florida which hosts the Daytona 500, Wrigley Field in Chicago which is home to the Cubs, and impressive college football stadiums such as Michigan Stadium, Kyle Field and the Rose Bowl.

The list of enormous, modern, historic and generally impressive stadiums goes on and on, which highlights just how sports mad the US is. Many of these venues have long histories, but there are also many brand new stadiums and arenas that are visually impressive such as the intimidating all-black Allegiant Stadium in Las Vegas which is the new home of the Raiders. Sports fans pack out these impressive venues on a daily basis, and play a big role in making some of these venues as incredible as they are.