The Top 3 Reasons Brisbane is Becoming a Foodie’s Paradise

Brisbane is the capital of Queensland and the third most populous city in Australia. Located on Australia’s eastern coast, Brisbane is also very popular amongst tourists, due to its beautiful sandy beaches and warm subtropical climate. In addition to the stunning natural scenery, Brisbane is a vibrant, modern city filled with bars, restaurants, and parks.

Brisbane can be a perfect place for people who like an active vacation, as the city’s numerous parks, as well as the Lone Pine Koala Sanctuary, offer a unique chance to see Australia’s wildlife.

In recent years, Brisbane has been referred to as the culinary capital of Australia which made a significant contribution to the country’s tourism sector. Brisbane has become a culinary center, combining local dishes with foreign cuisines.

We bring you the top three reasons why Brisbane is becoming a must-visit location for food tourists from around the globe.

A Large Number of Restaurants

As soon as you arrive, you will notice that Brisbane is packed with restaurants offering a variety of local and international specialties. There are also numerous cafes and bars scattered across the city in case you want to relax and enjoy in Brisbane’s rich cultural life.

Finding the right restaurant has never been easier, as you have a number of apps available that you can use to discover Brisbane’s best dining places in a matter of minutes.

For those looking for something casual, there is a number of hipster restaurants but if you want a complete experience, you can always choose to dine in some of the restaurants overlooking Brisbane River or the City’s Botanic Gardens.

A Variety of Cuisines

As the saying goes, tastes differ, but regardless of what kind of cuisine you prefer, Brisbane won’t leave you disappointed. The city is a multicultural hub, combining the best of various traditional cuisines, from Mexican, Italian to Chinese and Ethiopian.

There are always modern restaurants offering local dishes and we recommend you try the seafood that Brisbane is particularly famous for. 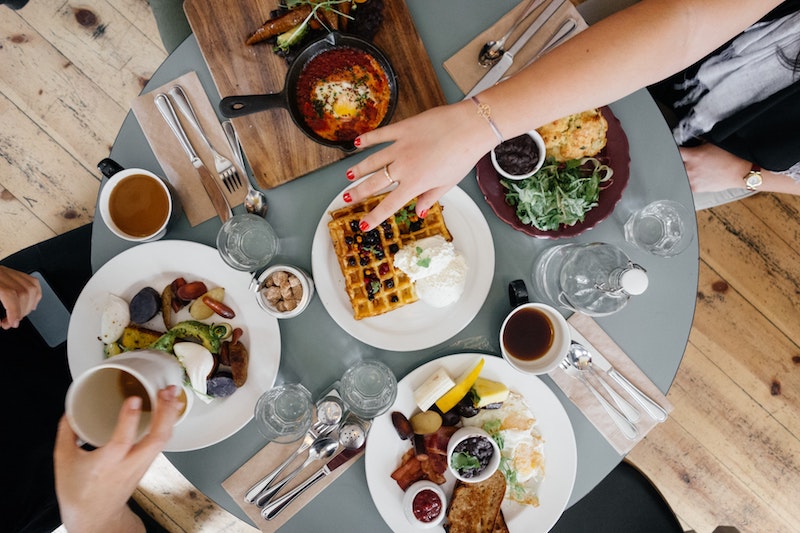 If you’re passionate about cooking, you can find fresh fish and seafood at the Fish Factory, the largest fish market in Brisbane.

In addition, The Jan Power Farmers Market and Eat Street Market, among others, are a great option in case you’re on a budget and want something inexpensive.

Tip: Compared other Australian cities such as Melbourne and Sydney, Brisbane has a lower cost of living and ranks as one of the most affordable cities in Australia.

Getting tired of dining in restaurants? There’s no need to worry because Brisbane is well-known for its street food. You’ll find a great variety of street food from around the globe, at affordable prices.

It can be a great way to enjoy the foods and explore the city at the same time.

A fast-growing city, Brisbane has positioned itself as a food center of Australia, combining the best of traditional, and modern cuisine.

Tip: We recommend you check out the Asian, American and Mexican cuisines, as recommended by some Brisbane chefs.