How to Host an Awesome Beer Olympics 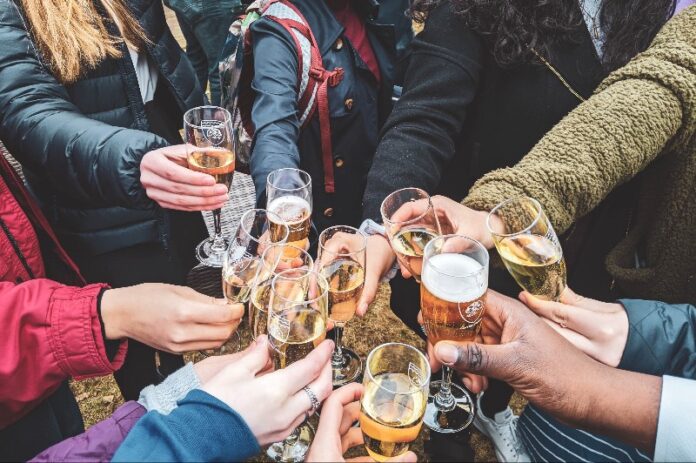 Have you ever wondered what it would be like to walk a day in Michael Phelps’s shoes? A gold medal-winning Olympian taking pride of place representing your country? Where you have to compete in several grueling events, where you have to demonstrate your courage, strength, and persistence with your countrymen cheering for you.

It may not be as far away and as unattainable as you might think; of course, the venue may have to be your dining room, and the medals might be plastic and purchased from a dollar store, but you too can be an Olympic hero…or a Beer Olympic hero to be more exact.

Select your teams and try to have even numbers on each team when possible, so the games can be as equal as possible. Select the nation-ALE-ity you want to represent and do have as much fun with this as you can; make up some good quality team names, e.g., US of Ale. Prepare Beer Olympic themed snack, create a scoreboard, and have your medals ready to go to the champions. Finally, do not forget to invite someone over to be an impartial adjudicator, and you are all set.

The actual planning of the games can be a lot of fun. There are thousands of drinking games to choose from, and you will probably be quite familiar with some of them. Why not start with a simple one like a beer stein holding competition, where a sportsman puts their strength to the test?

Fill a stein with 1 liter of the finest ale and see who can withstand holding it with a straight arm the longest – the one who holds the stein longest is the winner. You can also have your classic games like beer pong and have teams competing against each other to add the uber-competitive edge that we all hope for at any Olympic games.

Don’t forget to plan a tie-breaker for the rare occasion when everyone is just too great at every game you throw at them.

Set out clear rules and make sure your adjudicator sticks to it because we all know competition can bring out the worst in some people. Ensure there are penalties awarded for rule-breaking, and even go as far as disqualifications to show that it is all fair and you’ve really taken this seriously.

To add that final memorable piece, make sure you follow your beer Olympics event with an incredible closing ceremony. Once the medals have been awarded to champions, it is imperative to eliminate the leftover alcohol. Crank up the music and regale your Olympians with the glory they so rightly deserve. Take the champagne out of the fridge and end with a champagne salute and celebrate well into the early hours of the morning.

Be the host with the most and throw your friends a night they will never forget. Impressing your friends has never been easier teaming competitiveness with organized drinking games. What is not to love?