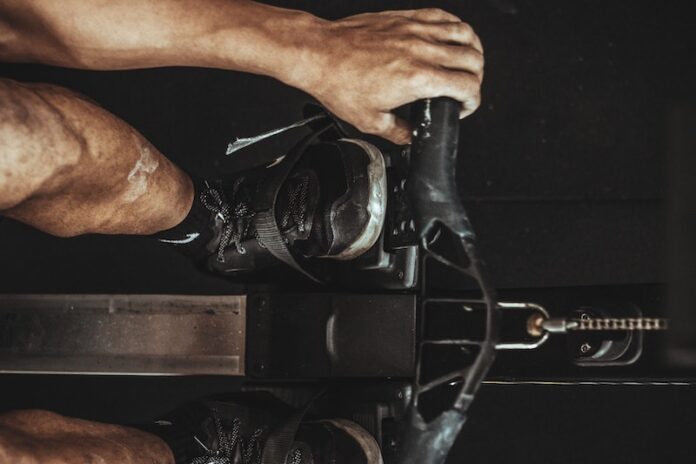 New Year’s resolutions began in 1922 when Joe Smith of London, England, decided he would use January 1st as the start date for dieting and losing weight. He only stuck to his plan until January 6th, when he broke into the local bakery and stole six cup-cakes, four cookies, and two chocolate eclairs. But it was too late. The idea of spending the first few days of a new year tricking ourselves that this would be our year for fitness had caught on.

OK. That’s all nonsense. But it could so easily be true. New Year’s resolutions and fitness go hand in hand. Nobody knows why. But they do. If your six-pack is currently pulling off a convincing impression of a beach ball, you need weights and cardio. Here’s how.

Have you recently Googled something like “using weightlifting bar”? Have you been thinking about how to add a weights bar to your couch potato routine? You’re not alone. But there are some things you should know.

First, the bar must have an in-built grip design. Poor quality smooth bars will create friction through slip and drag. It may not sound like much now, but a week into your routine you’ll notice the painful effects. Second, you need to think about ball bearings. If the weights bar does not have ball bearings, the weights will spin at random as they gain and lose traction – this can rock your stability and ruin your concentration. You can also add resistance bars to your work out to increase difficulty.

What about sets and reps? It perhaps goes without saying that beginners need to build their weights bar resilience. Jumping in and doing too much will result in injury, frustration, and an increased likelihood of quitting. However, weightlifting bar workouts should generally focus on between 8-12 reps and 4 sets of:

Split up your weekly routine to include just two or three of each of the above suggestions per workout – we wouldn’t recommend trying to complete the entire list at once!

The reason most people do not stick to their New Year fitness resolution is they try to do too much. If you are truly out of shape, purchasing an infomercial DVD called something like “X-1MILLION MARINES” probably isn’t going to do anything but dint your bank balance. But people pay it all the time and wonder why going from squeezing through doorways to attempting an army workout resulted in failure.

Start with a daily 15 minutes walk. 5 minutes normal pace, 5 minutes fast-paced, and 5 minutes slow pace. After a week you’ll notice a difference (see more about walking here). Fill out your cardio regime to include running, biking, and swimming, gradually increasing your workouts to 60 minutes. Over how long? That’s up to you. 2-3 months is fine. How many times per week? Remember you need rest days at least twice per week (but that doesn’t mean six rest days per week, or you won’t see results!)