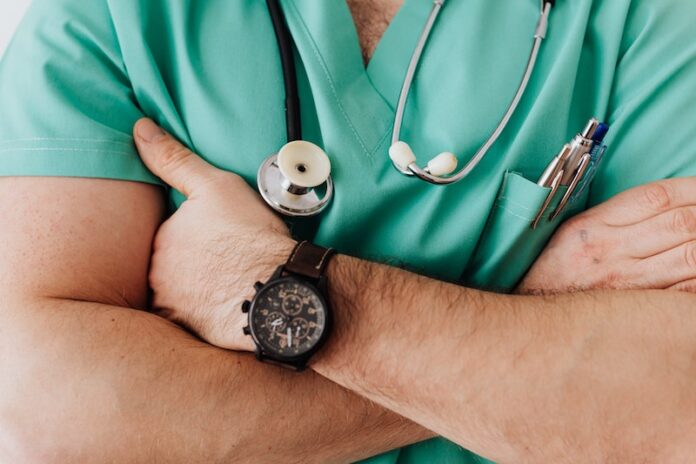 Common misconceptions about erectile dysfunction need to be cleared up to improve diagnostics. Otherwise, many men will assume that ED is a natural part of aging. In fact, erectile dysfunction is often a sign of another underlying health issue that may need immediate attention. If you want to learn more about ED, we can help you separate fact from fiction.

Fact: Some Medications Can Cause Erectile Dysfunction

Medications can interrupt blood flow and create nerve imbalances in the penis. This guide to erectile dysfunction states that several commonly prescribed drugs like anti-depressants, anti-seizure meds, and antihistamines have side effects that contribute to ED. If you suspect one of these medications is causing your ED, talk to your doctor before you stop taking them.

Men are more at risk for getting ED when they get older, but that’s likely because their bad habits caught up with them. About 15% of younger men have ED.

Fact: Erectile Dysfunction is a Sign of Other Health Issues

Erectile dysfunction is rarely something that happens without prior cause. More often than not, ED is caused by something physical, like heart disease, atherosclerosis, high cholesterol, high blood pressure, diabetes, or obesity.

Metabolic syndrome, Parkinson’s disease, and multiple sclerosis are other, less common reasons as to why you’re experiencing erection difficulties.

Viagra isn’t the only short-term option for men with erectile dysfunction. Ask your doctor about other ways to treat ED because there are several medications that help men stay erect.

PDE5 inhibitors and other drugs like Cialis, Levitra, and Stendra are good first steps. If that doesn’t help, you can take Alprostadil injections. By the way, testosterone injections don’t work.

Fact: Alcohol, Illegal Drug Use, and Smoking Affects Your Penis

Men who smoke cigarettes, drink heavily, and abuse drugs are at a higher risk of experiencing erectile dysfunction.

Chemicals found in cigarettes and commonly used substances interfere with blood flow and damage blood vessels. Men who drink heavily before having sex will have a difficult time staying erect, but only prolonged alcohol use leads to ED.

Myth: Only Men Feel the Impacts of Erectile Dysfunction

One often damaging implication of ED is that men are the only sex affected by difficulties in the bedroom.

Men will sometimes take their frustrations out on their partners when the situation is addressed, or their partners will develop feelings of inadequacy from what’s not said. Unless there’s abuse or stress in the relationship, persistent ED is never the other partner’s fault.

Some men will take erectile dysfunction medications or treatments as an aphrodisiac, but these solutions don’t improve or weaken sexual desire or libido.

Sexual desire is hormonal, and erectile dysfunction rarely affects testosterone or estrogen, which are both needed for healthy libido. Some men develop a fear of sex due to ED, but your need for sex won’t change.

Myth: All Erection Difficulties are a Result of ED

Contrary to popular belief, men don’t always want to have sex. Depression, anxiety, fatigue, and other issues can affect a man’s ability to get an erection or have sex.

This misconception has caused partners of vocal men to become offended when they refuse sex. However, men are sometimes just “not in the mood,” and it’s abusive to pressure men to perform on command.

Fact: Proper Diet Can Improve or Even Cure ED

Proper diet and exercise have been linked to better health and prolonged life. A plant-based diet specifically, which is confirmed to reduce the rate of metabolic syndrome, cancer, and heart disease, has also been used to reverse erectile dysfunction.

Although meat has a strong cultural association with manliness, it seems that sexual prowess is improved when you ditch animals.

There’s no scientific research that backs up the use of herbal supplementation to treat ED, and they may even interfere with your current medications.

At the same time, no medication cures erectile dysfunction; they’re just band-aid solutions that improve your erections in the short term. Still, ED can be cured through various lifestyle changes, so commit to improving bad habits.