A Bullet Point In History: Four Ways Guns Have Shaped Our World 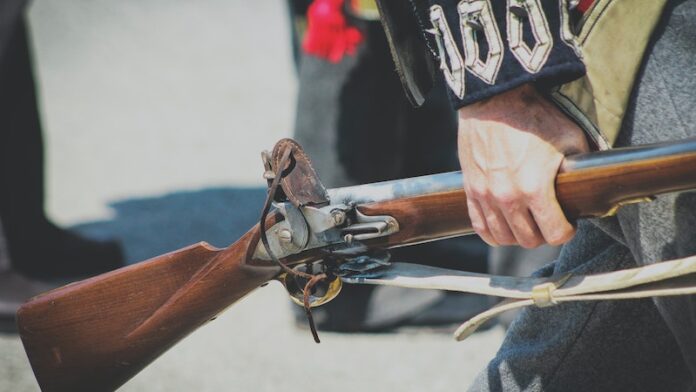 Gun ownership has seen some rather bad press in the modern era. Mostly associated with violent crime, an unavoidable controversy now precedes any conversation on the matter. This is not necessarily fair; however, in practice, few things are. The direction things are taking do not bode well for the serious gun owner.

While there is a case to be made insisting that a gun is so much more than a firearm, the more nuanced sentiment that it holds is vastly overshadowed by hostile rhetoric.

However, it isn’t all bad, and there is hardly any reason you shouldn’t check out new products at your local gun store if you are an enthusiast. In the name of egalitarianism, we will take a look at some of the ways that guns have forged the moments in history that have led us here.

It may surprise you to learn when the first firearm was used. We tend to think of guns a contemporary construct, at very least not something from the dark ages. The first recorded use of a gun being used was in the year 1364. This advent marked a permanent change in incitement of personal defence.

This event changed the game, and the ramifications echo into the modern zeitgeist. Any technology that changes the rules regarding everything that came before can be considered disruptive. Guns had such a massive impact that it is hard to think of them as anything but the keystone of the modern world.

The Birth Of Armed Violence

It didn’t take very long for guns to make their way into the hands of the lower tiers of society. There had been a time that you would be safe as long as you have an excellent entourage of guards. Guns upended how crimes would be committed, as well as lowering the number of accomplices required.

The crime was becoming economically viable, and a harsh response was crucial. It wouldn’t surprise one to know that law enforcers started carrying firearms at around this time. What is surprising is the way that guns essentially shaped the structure of policing. This was a conspicuous time in human history, the role of guards starting to be superseded by what we think of today as law enforcement.

The Face Of War

One should not romanticize war, no matter the era. Death and bloodshed remain a tremendous tragedy speaking only to the inherent brutishness of humanity. It can be said that war before guns was a more direct and forward way of resolving irreconcilable differences. The first guns marked a massive paradigm shift. The arms race had begun.

No longer was human resources of as much importance, not as the development of deadlier guns started to steal focus. We see this arms race reflected today, a concept predating much of what constitutes civilization, now prominent in the way of the global war machine.

This may sound like a bit of a stretch, but it is an unfortunate truth. The arms industry is one of the biggest industries in the world. The US alone spends trillions of dollars every year on military programs, mainly concerning the R&D of more dangerous weapons. That money finds itself trickling back into the market, infusing the economy in the process.

The invention rather obviously informed politics of the firearm. The balance of power rested on the size of your arsenal. It being the case that politics and firepower have nearly evolved side by side for hundreds of years, it is not unreasonable to assume a continued symbiosis between state and military.

A World Of Modern Weaponry

While certain guns have made a massive impact on the world we live in today, there is also an entire world of casual gun ownership to consider. Within the realm of informal ownership, antique weapons collectors, hunters, and your average gun enthusiast exist. Owning a gun in the 21st century does not necessarily indicate a means of self-defence. It could be agreed that gun ownership has become a staple in many homes alongside essential tools every hands-on man needs.

Before you decide to purchase a gun, it is of crucial importance to opt for safety training and handling courses that will educate you thoroughly regarding your rights and your responsibilities as a firearm owner. You will also need to understand aspects of safe storage, firearm cleaning, and general maintenance that may be required. While some may insist that guns are encouraging violence, statistics show that terms of ownership impact this theory significantly. Therefore, it is not the aspect of owning a firearm that signals violence, but rather, the intention behind the ownership.

Guns and ammunition have become more advanced in the world of modern weaponry. They’re built for tougher challenges and more accurate shooting. More gun accessories have also emerged in the market to allow better performance. One of the best accessories you can get is the iron sights. Iron sights are worthy investments for any gun owner. Compared to scopes and optics, iron sights are lighter and give a more clear and complete view of what you’re aiming. They’re also quite low-maintenance. No batteries are required and they’re not sensitive to the weather.