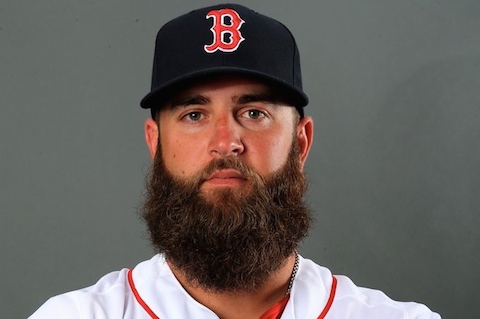 BeardWatch.co.uk was set up to highlight the very best of sport beards in all their forms from around the world, we are here to fill the sport beard niche.

Whether it’s Winter Olympic chin helmets, deciding the World’s Strongest Beard or the best of Movember.

Sport and beards. They’re an ideal match. And in terms of style, like it or not, we owe a great debt to David Beckham. Having flirted with facial hair since 1999, it took a good ten years for Beckham to fully embrace the beard paving the way for sportsmen all over the world to be accepted and admired for their beards.

Let’s face it, sports beards haven’t always been the most glamorous affairs. Pre 90s we had dodgy moustaches, straggly beards and questionable sideburns in the days when sportsmen weren’t often judged for their ‘look’. WG Grace may have been an all-time great, but I’m pretty sure men aren’t going into their local barbers asking for a “WG”.

If I were to pick out a diamond in the rough, we can look of course look to the swinging sixties for a classic example. Now it’s likely that Graham Hill wasn’t down with all this new modern popular music, or frequented swinger’s parties in Soho but this guy had class. You know he did purely because of the immaculate Errol Flynn-esque moustache he wore to win two Formula One World Championships, the first moustachioed gent to do so, and the only one other than Nigel Mansell 30 years later.

It’s well known (citation needed) that beards increase a sportsman’s performance. Speed, skill and strength can all be inspired as a bearded man is confident and focussed. There’s even a female snowboarder, Eva Samkova, who draws a moustache on her top lip before each race for good luck. Then again, snowboarders as a breed are pretty insane, and probably not a good example…

A beard is now a solid part of any man’s style arsenal and sportsman, with all that disposable income and media exposure, are often the first to jump on a trend. This can of course backfire, and I could insert basically any picture of Djibril Cisse to illustrate that point. But for every Cisse, there’s an Andrea Pirlo for us to admire and cherish.

So this is the place to find out what’s big in beards in the world of sport from the big names of football, rugby union and American football to the hirsute pioneers of golf, snooker and darts.

Check out our Best Beards in Sport for more sporty beards.