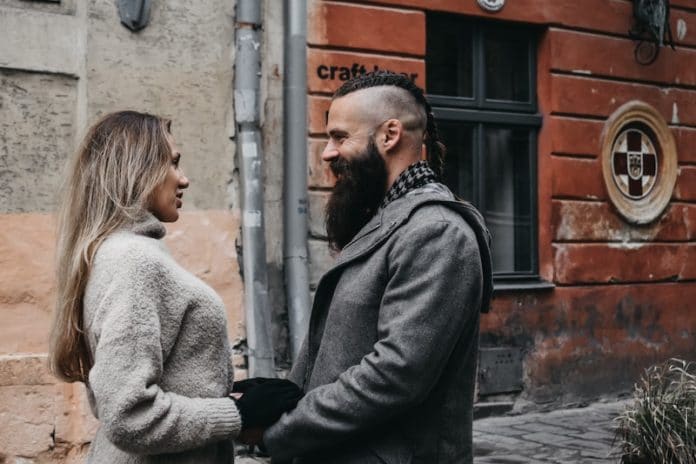 We know that when it comes to your appearance you want to put your best foot forward, and what better way than sporting some well-groomed facial hair. But when it comes to sporting a new look some men can be hesitant about whether women want a man with a beard.

It’s no surprise that in recent years mainstream TV shows like Game of Thrones and Sons of Anarchy have bearded men portrayed as rugged handsome heroes. This combined with no-shaving November and well-groomed men like Charlie Hunnam and Jake Gyllenhaal has facial hair on-trend once again, but what does this mean for regular folk?

When choosing a mate to settle down with, apart from being concerned about financial income and career prospects, women’s primitive instincts tend to kick in. This makes men’s appearances one of the defining factors to choosing a mate and what better way to display this primitive dominance? Facial hair.

Whether it is some subtle stubble, a villainous mustache, charming goatee or some razor-sharp sideburns, women can’t get enough of facial hair and it’s proven in the science!

In a recent study about sexual behaviors, a number of women increasingly found to prefer men who had facial hair compared to those who were clean-shaven.

Further to this study, these women found men with beards to be more desirable for settling down in regard to long-term relationships and starting a family.

“In other words, men who grow facial hair are seen as a better match for women who want to procreate. But that’s not to say that men with beards also want those things and only women who want children want men with facial hair” says Teresa Durham, a lifestyle writer at Writinity and Lastminutewriting.

In another study, beards and facial hair are connected to masculinity and performance, ‘facial masculinity’ is a term used and connected to ‘physical strength’ and ‘social assertiveness’. Men who grow facial hair and have the ability to do so are reverting back to their hunter and gatherer ancestors which were essential when choosing a mate. In turn, women want someone who can protect and provide for them.

Growing a beard and facial hair enhances your overall masculine features making you more attractive towards women. Growing a beard, whether it be some light stubble or longer, you’ll appear a better match for women who want to start a family. Women will flock to you, especially as beards also signify increased maturity compared to no facial hair.

These ‘masculine facial traits’ as they’re referred to display dominance and are ‘linked to better health, immunity and upper body strength’.

As well as being a more attractive partner, those with beards appear to be fitter and healthier, linking to the association of being more desired. Even if you work out a little or a lot, having a beard will make you appear as if you’re stronger and fitter than those without.

“Being well-groomed and taking care of your appearance has never been more popular. If you spend more time grooming your beards it will pay off in the long term as women want a man who takes care of themselves and in turn, can take care of them” comments Darryl Taylor, a blogger at Draft Beyond and Researchpapersuk.

While beards show that men are better suited for settling down with, the study found that those with a clean-shaven appearance were linked to women who wanted shorter-term relationships or one-night stands.

Even if you’re not looking to settle down, it’s good to know that your beard or growing a beard longer will always be attractive, even to women who don’t want children as primitive instincts will forever play a part in our DNA.

The Proof is in the Beard

Men with beards appear to stand taller and look more dominant as ‘facial masculinity is testosterone dependent’ meaning that men who have beards are seen to be more attractive and when choosing someone to partner up with women will look to those who appear manlier, who have the ability to stand up for them against a threat.

Next time you’re worried about growing out your beard or even trimming it back, remember that your facial hair will make you more distinct and stand out from the rest of the crowd. Beards are just a lot sexier. Be bold and happy grooming!

Ashley Halsey is a professional writer at Luckyassignments.com and Gumessays.com who has been involved in many projects throughout the country. Mother of two children, she enjoys traveling, reading and attending business training courses.