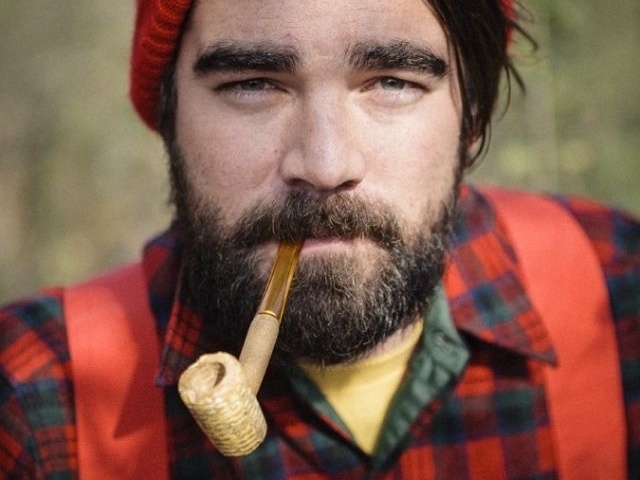 The widely recognised term ‘lumbersexuality’ has spread from its original source GearJunkie last year onto nearly every blog, style site and magazine going, including Queen Latifa’s US talk show! The word lumbersexual has its basis on, as I’m sure is obvious, the lumberjack. Picture the stereotypical and cliché image of a ‘man’s man’; axe in hand with plaid oversized shirt and Timberland boots. Urban Dictionary currently describes the lumbersexual male as:

“A metro-sexual who has the need to hold onto some outdoor based rugged-ness.”

Surprisingly, the online dictionary may be onto something. Similar to when the metrosexual label was rolled out (with David Beckham winning as most metrosexual male in 2002), it was more than just a trend. When I say this, I mean that using the suffix of ‘sexual’ surely suggests this whole thing is interrelated with how the male gender is being viewed, or even more to the point, how men are viewing themselves.

The lumbersexuality/lumbersexual style has been labelled as a hybrid of lumberjack and hipster, but if it were simply a new trend of aesthetics only, surely they could be termed lumbster? No, I think there is something more to this than just a red check shirt and straight-leg denim. The look is based upon a wholly masculine image of strength, power and manliness, which can, I suppose, be seen in the role and job description of a lumberjack. Typically American, the folk-nee-hero character lumbersexuals seem to be representing could be understood as a call to a stereotype of Americana masculinity, which for more than a decade now, has been in disrepute.

“He is bar-hopping, but he looks like he could fell a Norway Pine. His backpack carries a MacBook Air, but looks like it should carry a lumberjack’s axe.” – Tom Puzak, GearJunkie describing the lumbersexual male.

The rise of metrosexual men in the 2000s saw finely shaved chins, sharp and suave suits, and an attitude of acceptance towards male grooming products. It was seen as a move forward in one sense; men accepting skin care regimes which, in the past, had mainly been for females. They were setting sail for a more sophisticated land, abandoning the beards and shabbier looking garms for those finely tailored suits which complimented their finely coiffed hair in the office.

So, to see such a style return has been quite a ‘thing’ on social media and style sites. But why the comeback? Why are some men no longer wanting to keep those chins so smooth and soft? Are we over thinking it or is there really more to this?

In a TIME magazine article, written by Denver Nicks, the self-confessed lumbersexual quotes Andrew Sullivan, former editor of The New Republic. He effectively says that through time, the industries and spaces once considered ‘gentlemanly’ and generally reserved for the male have now been opened up, through successful equality-based exercises, to women also.  He goes on to say “take [mans] exclusive vocations away, remove their institutions, de-gender their clubs and schools and workplaces, and you leave men with more than a little cultural bewilderment,”

Bullettmedia.com disagrees, however. They feel this is just another rebrand of the hipster style, a sub-genre, and in actual fact the clothes worn by ‘lumbersexuals’ have been worn by hipsters for an age. They see this as a fashion trend, not a gender trend. Hmmm.

So, is this a response to emasculation in society? Is the lumbersexual a social action, undertaken unknowingly by those who are craving a further sense of manliness in a world fighting to create a more gender-neutral society?

We will let you decide. Maybe you simply enjoy the cozy warmthness of your checked plaid shirt and un-wreckable nature of your Timbs. Or perhaps you are indeed craving a little more… manliness in your image.