Truck vs SUV: Which One is Better for Long Drives 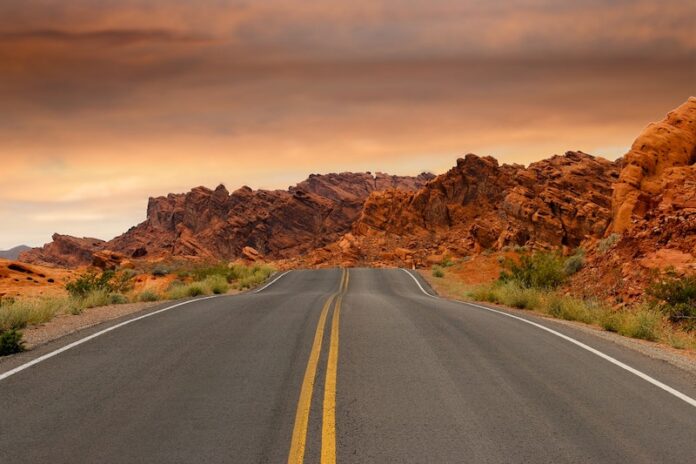 A long drive is exciting. You get to see a nice view, ambient locations, and a relaxing vibe. It’s a good way of taking out stress and enjoying the road. Once you’ve made up your mind, the next thing you need is transportation.

People are in constant debate when it comes to having a truck or an SUV for a long drive. I mean, both of them can get you to your destination. But, knowing the difference between them would help you decide which type of transportation to take.

A pickup truck, or a truck, is a four-wheeled vehicle that has a cabin and an open cargo on the back. It’s a lightweight vehicle used in both transportation and carrying things on its back. Unlike a typical car, a truck carries objects using open cargo instead of a trunk.

Essentially, a truck is used on the farm. However, modifications from the 1950s adopted its casual use. Its evolution and design modifications made it popular. Nowadays, people buy a truck for multiple reasons. Despite its rugged appearance, a truck can be used in urban areas.

People want to own a truck because of its durability. Originally, it’s used in farmlands to transport crops, livestock, and other farm goods. Have you seen those western movies where most people living on a farm own a truck? Well, that’s how it was in the old days.

Trucks are known to be tough. It’s built to carry loads of stuff on its back. The boldness of its exterior and large vehicles are perfect for transferring loads of cargo. The reinforced suspension and tough design make it the perfect definition of durability.

Another feature of the truck is its unrivaled strength. Its ability to carry heavy loads is what makes it special. Transporting anything up to a ton is just a piece of cake. A truck can carry heavy loads without much effort.

Its standard inline-four-cylinder V-shaped engines are what makes a truck powerful. It can even be used to tow other vehicles. Most trucks have a 4×4 transmission. Meaning, all four wheels are powered to improve traction.

The truck’s design makes it a dependable vehicle to almost any type of terrain. Its large wheels and added suspension make it the best choice when passing over muddy places. Whether you’re driving on cement or a rough road, you can always depend on a truck.

A truck can be used in many ways. The tailgate can be used as a table if you’re out camping. The cargo area can be converted into a bed by simply placing a rubber mat. You can do almost anything with a truck.

You can go fishing with your family and place your catch at the back. This way, you won’t have a hard time getting rid of that stinky smell that sticks inside the trunk. Or, you can simply go out on the beach or mountainside while enjoying a bottle of beer at the back of your truck.

A Sports Utility Vehicle (SUV) is a four-wheeled vehicle that’s more than a passenger car and close to an off-road vehicle. It’s like a combination of both a sedan and an All-Terrain Vehicle (ATV). The only difference is its enhanced ground clearance and increased capacity to carry more than 7 people.

Its multipurpose functions make it a good choice if you’re planning on buying something that can be used in both cement and off-road terrain. Its capacity to carry more passengers is a good choice for traveling and road trips.

The SUV is a powerful vehicle. It’s designed to carry passengers on almost all types of terrains. A standard SUV engine varies from four, six, or eight cylinders. Depending on the number of cylinders, an SUV gets its power from its engine.

More cylinders mean more power, fewer cylinders improve fuel consumption. However, the SUV as a whole is designed to be powerful. It’s perfect for traveling with a bunch of people.

The SUV is designed to have a 4-wheeled drive. It means that all 4 wheels of the vehicle receive equal power. Moreover, This feature is important when traveling off-road. You won’t have a hard time getting yourself out of the mud.

Because of this ability, the SUV has become more popular than a sedan. It looks good in any condition and at the same time can get you out of difficult situations.

The SUV has a high seating position. This gives you better visibility of the road. As such, you’ll have no problem navigating yourself into rocky roads and muddy areas. Just like a plane’s cockpit, you’d have a better view of the ground.

However, it’s not enough to just rely on what’s in front. It’s also important to note what’s on the sides and from behind. As such, using mirrors with wide-angle views like the ones from sunwayautoparts.com is important.

Choosing the best vehicle for long drives depends on the situation. When traveling far away with a heavy load, a truck is better. However, if going out on a road trip with your friends, an SUV would be best.

Knowing some of the best DIY tips about basic car hacks can save you from any trouble with whichever vehicle you use. At the end of the day, we can never predict what might happen in the future.Many factors would affect your choices in choosing which is best. Know the terrain and consider your cargo. Either way, both vehicles are good in their ways.