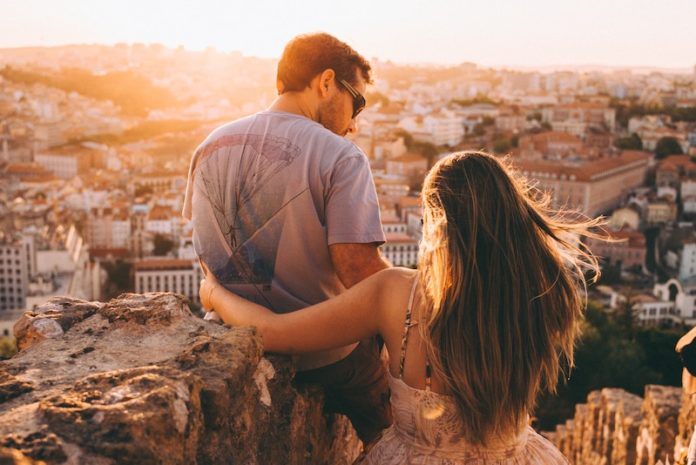 Looking to treat your girlfriend to a weekend break or well deserved holiday? Here are 10 of the worlds exciting cities that you should be visiting today

Surely, this city first pops up when we think about a romantic trip. Either because of the efforts of writers and directors, or because of myths about the love of the French, or because of a truly unique atmosphere – this city attracts couples like a magnet. Of course, Paris has a lot of flaws, which skeptics must mention, but the number of immigrants and the dirt in the streets is unlikely to hurt you if you are really in love.

What to watch before the trip: “Paris, Je t’aime,” “Midnight in Paris,” “Amelie.”

This city on water attracts couples no worse than the capital of France because there are hundreds of narrow streets hiding you from prying eyes, canals that carefully store all the love stories they listened to, and small restaurants with delicious Italian wine.

Where to go: Take a stroll along Piazza San Marco at dawn, stand on the Rialto Bridge, and sail along the Grand Canal.

What to watch before the trip: “The Tourist,” “Only You.”

The capital of the Czech Republic has preserved the ancient architecture almost in its original form. Here you can spend hours strolling through the streets, holding hands. Well, if you get tired of too much romance – go to one of the many pubs that this city has to offer.

Where to go: According to legends, wishes made on Charles Bridge come true, and the most romantic place in the city is called Petrin Hill.

What to watch: “Immortal Beloved.” By the way, Prague is called one of the cinematic capitals of Europe because even those films that are not related to the city were shot here: “Amadeus,” “Mission Impossible,” “The Bourne Identity,” and others.

Prague is an excellent city for a romantic trip, but what if you don’t have a woman to visit this city with? Well, you have to start dating women and figure out the fastest way to get their attention. Check out the following this article and take her to Prague.

In search of romance few people ever think of Ukraine, but this is a mistake – this country has a lot of beautiful and romantic places to offer.

Where to go: To local coffee shops with small tables on the street, go up to the High Castle or enjoy the view of the city from the Town Hall, and to add a little something extra to the trip, go to the Masoch cafe.

What to watch before the trip: “D’Artanyan and Three Musketeers” – this Soviet film was shot right here on the streets of Lviv.

The many-faced Barcelona is beautiful at any time of the year, so it is often chosen for romantic trips by people from all around the world. Having tried all possible seafood dishes, you can walk here for hours, enjoying the beautiful architecture and sea air.

Where to go: All Spaniards take pride in the Cathedral of La Sagrada Familia, authored by Antonio Gaudi himself. After looking at the cathedral, take a walk by the on La Rambla boulevard and stroll into the ancient park called “Hortus Labyrinth.”

What to watch before the trip: “Vicky Cristina Barcelona.”

Vienna seems to be lined up specifically for romantic walks. Ancient pavements, walks along the Danube, amazing narrow streets – couples in love simply must visit this place. By the way, Mozart lived in this city for a long time because the streets of this city inspired him so much.

Where to go: Book a walk along the Danube and visit the house where the great composer lived.

What to watch before the trip: “Before Sunrise.”

Not only ancient cities can be called romantic. Residents of the metropolis are also attracted by the unique rhythm of New York. The romance of Central Park or the view from the Brooklyn Bridge will make you feel like the heroes of dozens of films shot in the city of the Big Apple.

Where to go: Take a walk in Manhattan, sit on a bench in Central Park, look at the Statue of Liberty, and drink coffee near the Tiffany jewelry store.

What to watch before the trip: “Sex and the City,” “Autumn in New York,” “Breakfast at Tiffany’s.”

The northern capital of Russia is filled with bridges, high roofs, and ancient courtyards. St. Petersburg seems to be too dark and depressing to many tourists, yet you can still spend a romantic vacation here and enjoy art in the Hermitage or walk the streets of this beautiful city

Where to go: On Kisses bridge. It is believed that lovers kissing on this bridge (or rather under) will be happy together for a long time.

What to watch before the trip: Classic Russian and Soviet-era movies.

If your partner does not like platitudes and the ancient romantic cities are just not your cup of tea – explore Asia. For example, in Singapore, you will see an amazing tandem of space skyscrapers and exotic plants.

Where to go: Visit the “Singapore Flyer,” from which you can see not only the whole city but also the neighboring islands.

What to watch before the trip: Any dramatic and romantic Asian films.

Buenos Aires can rightfully be considered the most passionate city for a romantic trip. It is here that you can dance the tango right on the street, and then dine in restaurants snugly hidden behind the civilization. It is said that in Buenos Aires, European stiffness, and Latin American passion successfully converged, why not check it out?

Where to go: Visit the Caminito Open Air Museum.

What to watch before the trip: The whole Argentine cinema.