4 Things that Some Men Find Hard to Do 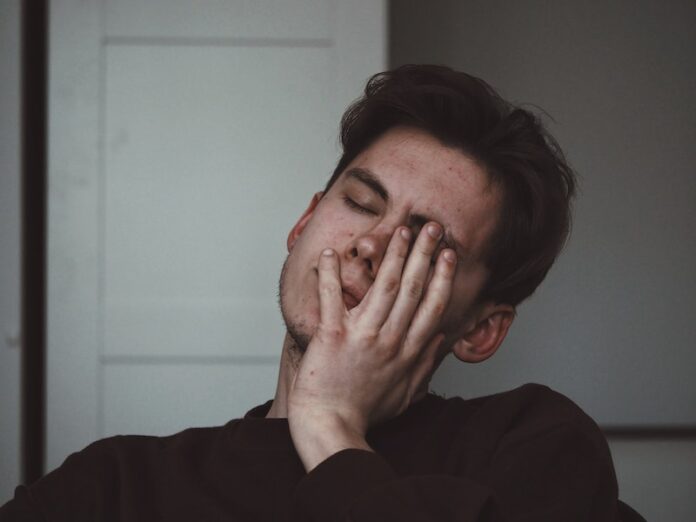 There’s a phrase you might have heard, and it is “toxic masculinity.” It’s an interesting notion. When people say it, what they usually mean is that a man is acting in a way that society dictates they should act. However, they’re doing something harmful, either to themselves, their family, or to the gender as a whole.

The whole toxic masculinity concept comes from the notion that men should behave in a certain way. In past generations, a man might tell his son not to act in a particular way because “men don’t do that.” It’s essentially repression, and you’d hope that in 2021, all of that is gradually fading away.

While society as a whole might not expect men to behave in a particular way so much anymore, there are still some things certain men may find hard to do. Let’s talk about those, and all the men reading this can think about whether you relate to this list or not.

Some men have a difficult time admitting when they are mildly or even seriously injured. Think about the football player who tries to shake off a concussion. Consider the DIY dad who smashes his thumb with a hammer and acts like it’s no big deal.

Every year, almost 30 million people make emergency room visits. That seems like a large number. But imagine how many more might walk into hospitals if all men admitted when they were badly hurt.

It still seems pretty common these days for a man to pretend that nothing’s wrong. Even when they have a gaping head wound or they’re missing a couple of fingers.

Some men don’t like to talk about their feelings. They go by the John Wayne manliness ideal: they all want to be stoic, occasionally uttering a catchphrase that makes women swoon.

Some men are that way naturally, but more often than not, this is a learned behavior. In fact, you could regard this as toxic masculinity’s essence.

The stoic man, society tells us, should never cry, either from physical or emotional pain. He shouldn’t cry at the end of Old Yeller or when hunters blast Bambi’s mom.

This is an extremely harmful attitude to have. If you don’t let any man show their emotions, or any human being, regardless of gender, they will bottle them up inside. A heart attack or stroke can come from it, or a drug or alcohol reliance to kill the pain.

Part of toxic masculinity is frequently anti-intellectualism as well. You might have a man who grew up believing that he should care about NASCAR and high school football. He should shun museums, the ballet, or the opera. He should never admit that he likes Barbara Streisand or Beyonce.

The reality is that men like all kinds of different things, just like women do. A man might enjoy sewing or cooking, activities that society once determined were the female gender’s provenance. It’s just the same as a woman liking basketball or monster trucks.

As a man, you might have grown up with your father, uncle, or grandfather telling you that it was queer or you were a sissy if you liked nontraditional pastimes. It can be hard to get rid of that attitude, even years later, when you’re an adult. And these individuals are no longer in your life as much.

Admit When You Don’t Know Something

There’s an adage about how men will never stop to ask for directions. Of course, now we all have smartphones that tell us where to go, so this isn’t as much of an issue.

There’s an idea that men should know everything, and if they don’t, they’re somehow inferior. It’s another harmful attitude to have. It’s so much better when a man can say he doesn’t know and suggest the family look up the answer on the internet.

You’d like to think all these problems are on the way out. For the moment, though, toxic masculinity is still around, and we should all do our part to try and eradicate it.