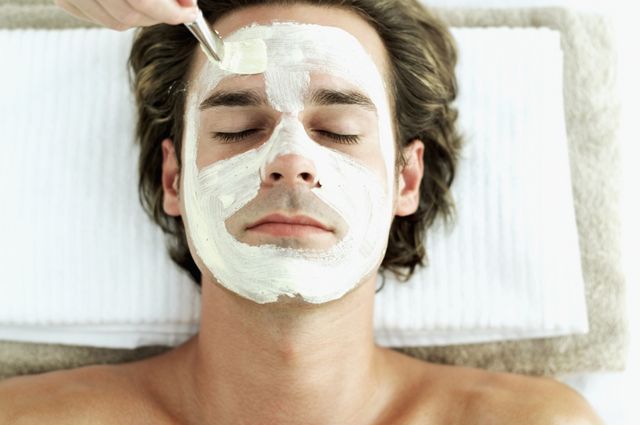 We take a look at the current state of the men’s grooming industry, how men are starting to improve their routine and appearance, catching up with the women. I don’t know about you lot, but I grew up thinking that the only male grooming in existence was the morning shave. I vaguely knew that the afro my dad sported in the 1980s was the result of fashion and not nature, but I never thought of men taking care of their appearance in the same way women did. Simpler days, huh.

Between 2012 and 2014, the men’s grooming industry increased by 70%. It’s smaller than the female contribution to the cosmetics industry, which is worth overall $17 billion in the UK alone, but still more lucrative than setting up a Crocs shop.

Essentially, in the last few years men have realised that women look excellent when we moisturise, so they’ve started to as well – and businesses have cottoned on to people’s body insecurities and sold them what they think they need. Don’t worry though, guys, you aren’t going to bankrupt yourself if you invest in a bit of face cream (unlike women, who in the States pay $1,300 more per year for cosmetics than men. For the same products). This magazine has an entire section dedicated to grooming to help you establish your daily beauty routine, and anyone who makes fun of your self-respecting skincare routine is definitely jealous that you smell nicer than they do.

It’s not all good news, though. The British Psychological Society has reported an increase in the chance of fit, young men falling foul of the Adonis complex, and there’s been an increase of eating disorders amongst men. Traditionally seen as an illness predominantly impacting straight, white middle class girls, there is rising understanding that eating disorders, and therefore body insecurity, is something that transgresses social divisions. Media pressure, product commercials and knowing that almost everything you do socially could end up on Instagram are all contributing to the pressure people are putting on themselves to look ‘perfect’. BuzzFeed recently did a video about international standards of male beauty… you guys are going to love how many countries perceive the beard as important.

There’s a bitter part of me that sees all this and wants men to understand the scrutiny women face from the age of ten: constant suggestion from adverts and the media that the way we’re born is not good enough – that our hair is too curly or too straight or our skin needs lightning or darkening or we should be thinner or curvier or taller or smaller in order to be found attractive. I’m glad that men might be finally understanding the pressure they’ve often unknowingly put on their partners to look a certain way.

Then I think about the small children I know, who have neither the knowledge nor the interest in how they look, and I want them to stay that way. All of them. I never want to explain to my children that they’re supposed to alter the way they look to fit in or be found attractive, regardless of their skin colour or gender or sexuality or whatever society will be obsessed with by the time I end up with kids. I don’t want my little brother starving himself any more than I want my girl friends to feel pressurised to shave their legs if they don’t want to.