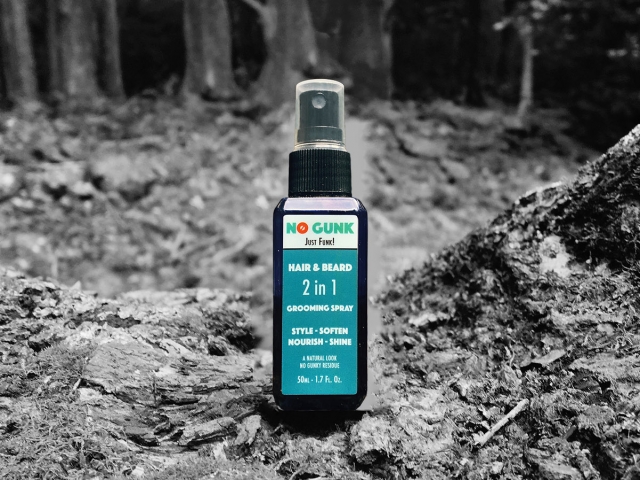 You went out last night. It was messy. You forgot to wash the product out of your hair. Now your hair feels like it is as gunky as glue, sticking to anything that it touches. The gunky residue creates resentment and makes you never want to use wax again, until you do.

No surprises, the cycle circles back 360 all over again. It begins with the sticky icky wax, pomade or clay that leaves gunk on your hands. It makes me wonder why you would pick such a gunky, chemically-composed product for your hair in the first place. 5-10 years down the line, it’s most definitely going to cause visible damage to your hair, expedite hair loss and going grey.

Who the hell likes sticky situations?

They certainly don’t at No Gunk. That’s why they came up with a better way of styling that protects your hair in the long-term. It’s so natural and nourishing that it doubles up as a beard oil.

No Gunk’s Hair & Beard Grooming Spray won’t leave a gunky residue on your hands ever again. Unlike traditional waxes and gels, it not only styles your hair, offering a medium hold – but – it crucially nourishes and strengthens the hair. We like to say No Gunk, Just Funk! It’s a no brainer really.

Sure, we believe you should enjoy your hair, whilst you have it. But, that doesn’t mean you should not care about the long-term damage the gunky products do to it. What’s the point of having wax, if you’ve got no hair?

You can discover more about No Gunk at https://nogunk.com

Written by Sal Essa, Founder of No Gunk. Sal is fluent in French & Spanish. During his spare time he enjoys travelling, learning new languages like Mandarin & learning from great brands.