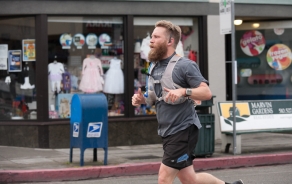 Going an extra mile for Charity, Bearded Villains UK run the London Marathon. Using the power of the beard to help support the childrens charity Barnardo’s.

London, 24th of April 2016 –  Six charity devoted bearded men will run the Virgin Money London Marathon for Barnardo´s charity to give children a future in the name of Bearded Villains UK.

The marathon that is in essence connected historically to life altering events will take a toll on the runner’s commitment as 42.2 km is not an easy task to tackle. Six men from Bearded Villains UK, a beard club that is committed to charity, will train over the course of seven months to participate in this endeavour, while needing to raise 1,800 GBP in order to truly participate in this charity run.

All the money fill fund the children Charity Barnardo´s and their drive to better the lives of children in dire need of help due to severe circumstances. To allow the fundraising a specific website allows people to participate via donation. www.justgiving.com/bvuklondonmarathon was established for this purpose.

Also donation via texts to the number 70070 with the code BVUK49 followed by the amount are possible. Barnardo´s will use the money wisely and has proven to change children’s lives for the better.

Bearded Villains was established in Los Angeles (USA in 2014) and has grown into a worldwide phenomenon with UK being the biggest outpost in Europe.

Their Mission is to unite bearded men of all cultures, races and creed in a brotherhood devoted to loyalty, honour and respect toward all people, dedicated to the betterment of mankind through fraternity charity and kindness. Bearded Villains UK has shown true commitment to charity and specifically to Barnardo´s with past activities being the climb of Mount Snowdon.

Barnardo´s is a charity that is fostering children since 1867 and is truly believing in children.

Barnardo’s transforms the lives of the most vulnerable children across the UK through the work of our services, campaigning and research expertise. They believe they can bring out the very best in every child whether the issue is child poverty, sexual exploitation, disability or domestic violence.

Make sure you check out their Instagram also – @beardedvillainsuk