It’s Official: Your Beard And Your Ink Makes You More Attractive To Women 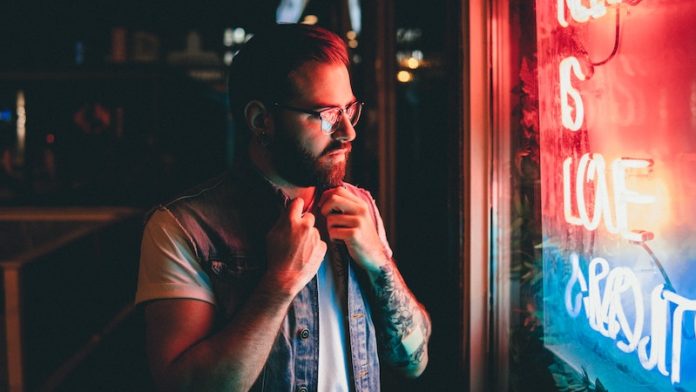 Men with beards and tattoos have an advantage when it comes to dating. A 2015 study at the University of Western Australia researching the markers used by primates to stand above the competition found that consciousness has not elevated humans above other primates — we, too, use conspicuous ‘badges’ to signal attractiveness to the opposite sex.

As well as making you potentially more successful in long term relationships, your beard (and your tattoos) could be an advantage when it comes to finding your perfect match.

The study found that men use tattoos and beards to compete for romantic attention. With the rise of online dating, the dating pool has grown considerably, and this is reflected in the increasingly elaborate facial hair of men. Cyril Grueter, lead researcher on the project, said that in large groups, we need a ‘quick, reliable tool to evaluate someone’s strength and quality’ — hence beards and body decoration.

The ability of decoration to enhance our pulling power applies also to jewelry and fashion accessories, both of which have recently become more acceptable in male culture.

In 2010, research by the Pew Research Center discovered that almost 40% of millennials had a tattoo and nearly 25% had a body piercing somewhere other than the ear. Tattoos are expensive and require several weeks of healing time and care, but an increasing number of us judge that it’s worth the effort – and the pain – to stand out from the crowd. Of course, there are many personal reasons for choosing a tattoo, but making us stand out from the competition in the dating pool is a nice bonus.

Beards, meanwhile, are on the rise again, with more men sporting facial hair now than in the last decade. The University of Western Australia survey noted that beards and mustaches were popular between 1842 and 1971 when there were fewer women available for marriage and facial hair was thought to be attractive.

The Problem With Trends

Unfortunately, the more popular a sexual marker is, the less value it has in making you stand out from the crowd. Now that facial hair is more common again, it doesn’t make us stand out from the competition in the dating pool unless we do something unusual or ostentatious with it. Perhaps that’s why pairing a beard with a tattoo seems to be so effective.

Regardless of current fashion, customizing our appearance and making a personal statement with clothes, jewelry, hairstyles and tattoos all make us stand out in the dating pool. They also tell someone a lot about us and mark us out as unique, which works to grab attention when we’re playing the dating game.

When it comes to finding a mate, we’re no different from the other primates — we have a number of sexual markers at our disposal, and we’re able to adapt and modify them to make them personal to us.

In a world where both beards and tattoos are increasingly common, the aim of the game is to stand out from the crowd and look as individual as possible.