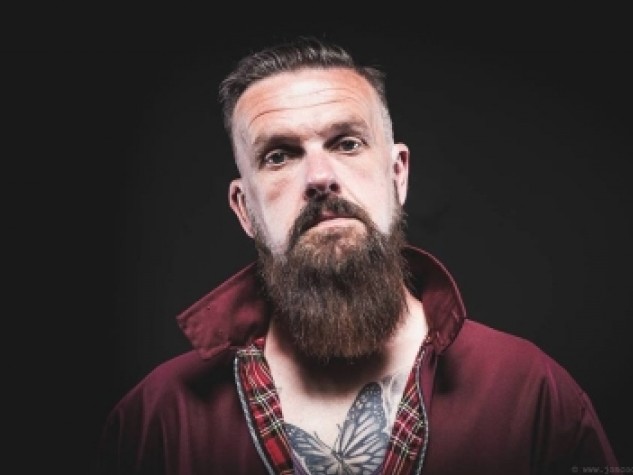 We caught up with Graham Long, our latest beardsmen and recent Just For Men model, to delve a bit deeper into his ongoing relationship with his facial fuzz.

How long have you been a beardsmen?

I celebrated my “yeard” earlier this year having started growing my facial hair in May 2014 after securing a walk on part as a supporting artist in Tulip Fever – a 17th Century period movie starring Christoph Waltz (Inglorious Bastards). We filmed in the summer that year and I grew it on rather than have a white chin and a suntanned face & neck.

Thereafter – I asked a local photographer to take some images of my first pogonophile experience as a keepsake – which he kindly did – but also added them to a modelling website he used, where they got a bit of love and a couple of requests for me to model for others.

How did your work with @JustForMenUK come about?

Since then, I added my own portfolio on the site and have had several requests to pose up – the biggest and most fun was for @JustForMenUK who contacted me via my twitter page, having seen some of my modelling posts  – they were looking for “ordinary bearded guys” who use their product.

My beard grew through quite grey whilst my hair is still light brown – so I started using Just For Men beard colourants and tweeted the results – and the company got in touch to see if I fancied being a model for them! We were treated like celebs at the one day shoot on Brick Lane, Shoreditch, and along with three other guys – we featured in a series of social media adverts filmed that day.

Do you have favourite grooming products?

I still use JustForMen – as well as some Beard Oil and or Beard Balm each day to ensure my beard looks its best – my day job is for Gravesham Borough Council where I am Town Centre Manager for Gravesend in Kent.

So it’s suited and booted by day – neat and tidy beard and tattoos under cover – the wilder side and modelling poses are my after work and weekend release.  My work colleagues don’t  know a lot about my after work posing – but I guess they may do now if they read this!!

What’s it like being part of the #bearded movement?

Beards aren’t everyone’s taste – mine has been like Marmite (other toast toppings are available!) people either love it or hate it. I’m still loving it and it has brought a new ‘bro-mance’ I never knew existed until now. When you are out and about, on the street, in a shopping centre, walking through London – you notice fellow beardies and fellow beardies notice me – and then there’s a “certain glance” that just happens between us.

A knowing nod of acknowledgement – on Instagram some call it a “Brotherhood” – and since I have had my beard – three of my friends and one photographer who booked me have all started growing a beard too!

I actually met two former celeb beards last year, Calum Best and Shane Lynch – both of whom I looked up to in the follically endowed stakes. Unfortunately, they have now both reverted to shaving again – so I guess I won that one!?

I wonder if they have any spare beard balms or oils they don’t want, I bet they got sent loads of freebies- send them my way fellas!