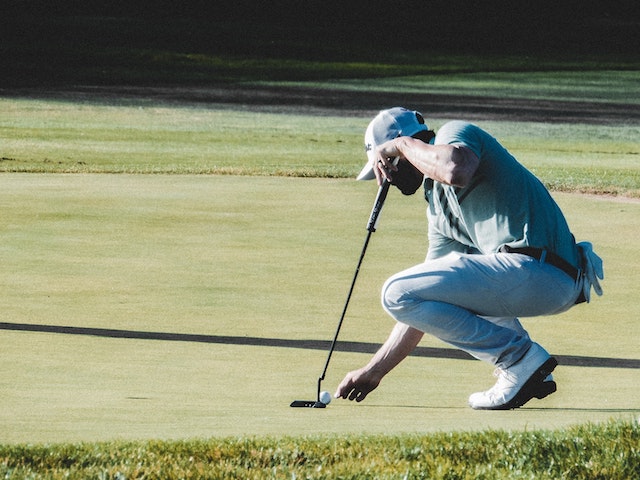 Every man out there has wished or wishes to have a full-on gorgeous beard to make his face manly and simply more handsome. Not every man can succeed in that but there are those who did.

And in the world of golf, we have some great beards as well! Not only did some of these became the best PGA golfers of 2018, but their beards are simply to die for.

So let’s see those beards!

Canada and beards go hand in hand and this Canadian golf player has really put some effort into his beard. And he has fully embraced it. On his tours, he has managed to trim it and groom it, and it really looks gorgeous!

Some of his fans even say that it looks even better in person and we truly believe them. Not to mention the miraculous speed with which DeLaet went from clean shaven to this beauty!

McDowell has a great style on the course and never misses a jab at a fellow playing companion, and his beard definitely matches that. Even though it might lack some fullness, his bear perpetuates his unkempt image.

Plus, his beard plays to his Northern Ireland roots and it perfect for any occasion, and it certainly makes him look dashing.

Hunter Mahan’s golf game is on top, his wife is a Dallas Cowboys’ cheerleader and his beard is an ode to Texas. What is more, his great beard is consistent with his haircut, and it blends in well with his eyewear.

This style and look say dialed in, focused and cool, and that certainly is an image to uphold.

Even though Lucas Glover has since got rid of his beard, it was something perfect and it told a story. He is from Greenville, South Carolina, and even though he left it, Greenville never got out of him.

The style his beard brought him would go hand in hand with hunting pheasants or birdies. Glover’s beard had the perfect combination of color, density, and sideburn, and it could’ve easily been crowned as the best beard the golf has ever seen.

Garcia rarely lets his beard go past the three-day stubble, but it certainly suits him. This Spaniard always maintains his little beard and keeps it consistent, which is a statement. And his golf game usually matches his facial hair.

Even though Thomas Bjorn’s beard kind of makes him look scary, it is an effort nevertheless. Also, the color of his beard is not that consistent, with the brown, red, gray and white overlapping, but it still looks like a well-kept beard. In the end, he went back to keeping it just stubble, but it did look kind of nice back then.

This gorgeous beard is attached to one of the most smiley faces in the entire world of golf. It is a perfect combination! A strong well-groomed beard, paired with a smiley face just makes you think about cuddly bears and it certainly brings a smile on your face as well.

His somewhat lazy man facial hair kind of suits Ryan. However, its color is not that bad – nice and dark with a little bit of sun bleached blonde. However, back in the day, Ryan used to have a strong combination of his nicely trimmed beard combined with a tie, and everyone wants him to bring that back.

For every one of you who watch golf, you are probably familiar with these great beards. Okay, some of them are not so great, but they do deserve to be mentioned.

These eight men have left their mark both with their game and their beards, so enjoy watching them and take some tips for your own beard.